The sailor died during the SEAL’s notoriously tough training after he was dunked by an instructor in a giant pool. 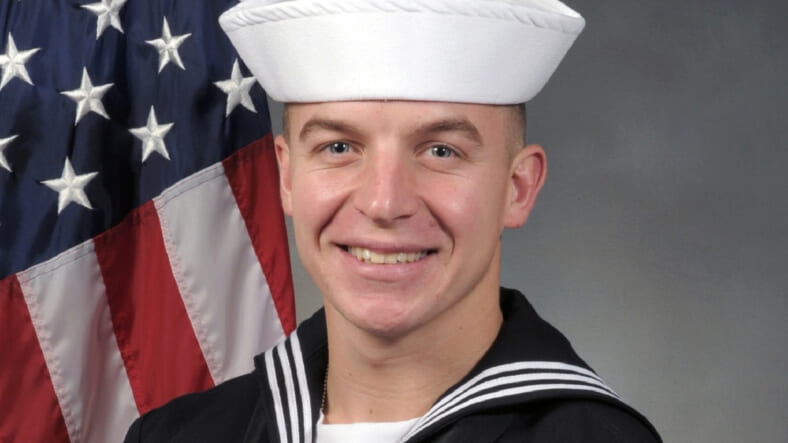 Seaman James Derek Lovelace, age 21, was just a week into training to become a Navy SEAL when he died during a water exercise. While an autopsy conducted by the San Diego County medical examiner did show that Lovelace had an enlarged heart, his death has been declared a homicide—and it allegedly occurred at the hands of a SEAL instructor.

Autopsy reports indicate actions by Navy personnel were directly linked to Lovelace’s death. Video of his training seems to back that up, reports CNN:

Investigators from the medical examiner’s office and the Naval Criminal Investigative Service (NCIS) watched a surveillance video of the May 6 rigorous training exercise in which Lovelace was seen struggling in the swimming pool. Rather than being helped, Lovelace was repeatedly dunked in the water by an instructor and others, according to the medical examiner’s report.

CNN reports that the exercise, designed by the Navy to test just how confident and skilled a recruit may be in such conditions, required the SEAL trainees to tread water while clad in full fatigues, boots, and water-filled masks.

Video that hasn’t been made public reportedly showed one instructor dunking Lovelace. Then, as the medical examiner wrote in the San Diego County report, that instructor followed Lovelace “around the pool, continually splashing him with water. The decedent is also splashed by other instructors in the water. Throughout the time period, the decedent is observed to go under the water multiple times.”

Lovelace’s ordeal only worsened from there, as the medical examiner’s report indicated the video showed that Lovelace was even halfway pulled out of the water only to be pushed back in again.

All in all this went on for nearly half an hour before Lovelace was finally taken to a medical facility where he died.

An instructor associated with the exercise was put on desk duty. CNN reports that NCIS has yet to issue any public report about Lovelace’s death.

While the San Diego county reports did acknowledge that some might call Lovelace’s death an accident, their findings were “that the actions, and inactions, of the instructors and other individuals involved were excessive and directly contributed to the death, and the manner of death is best classified as homicide.”

If so, Lovelace’s death contrasted with his aspirations to be among the military’s most legendary warriors also make this a huge, possibly preventable tragedy.