How Netflix Binges Can Actually Improve Your Relationship

Turns out there’s more to Netflix and Chill than just getting laid. 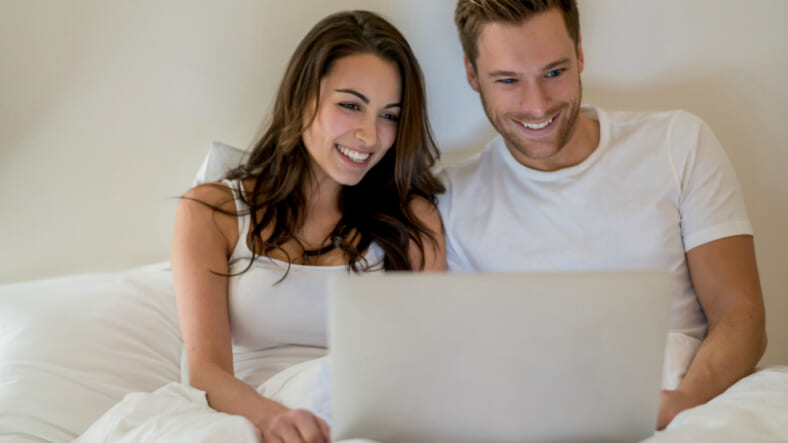 There’s been a lot of talk surrounding “Netflix and chill” lately, mainly about how bad an activity it is. Some say it could kill you, others say it doesn’t even lead to sex, and one Cambridge statistician even believes that Netflix is causing us to have less sex than ever. Yikes.

According to a study published in the Journal of Social and Personal Relationships, binge watching shows and movies on Netflix with your significant other may strengthen your relationship by making you feel more connected to one another – especially if you don’t have the same group of friends.

In the study, researchers looked at college students who’d been in an exclusive relationship for at least four months, and asked them to rate the quality of their relationship, how many friends they have in common, and how much time they spend together on certain activities each day.

The results showed that couples who had the same social circle as their partner rated their relationship quality higher than other participants, but that’s old news. Past research already proved that.

More importantly, though, couples who said they spend more time together on “shared media experiences” also rated their relationship quality as higher than others, meaning watching something together, including binge watching shows for six hours, is good for your relationship! Yay!

The researchers wrote in the report that couples who watch the same show, movie, or read the same book “feel a shared connection with the social world.”

And relationships are seriously all about shared connections. Seriously – a relationship is nothing if you don’t vibe together. And what better way to do that than to watch all eight Harry Potter movies in one sitting and lose your minds together?

That said, if you want to feel closer and more connected to your girlfriend, you best get some snacks, sit your asses down on the couch, and marathon Netflix or something all day long.

However, regarding the Cambridge University statistician, David Spiegelhalter, who blames Netflix binges for the lack of sex we’re having, we can’t argue with that. I mean, if you’re watching episode after episode of Narcos, you’re most likely not going to have sex in the 15 second gap between episodes.

But since you’ll feel closer and more connected after your Netflix marathon, you’ll probably have sex then. So it’s a win-win.