Behold a flappy vision of the future. 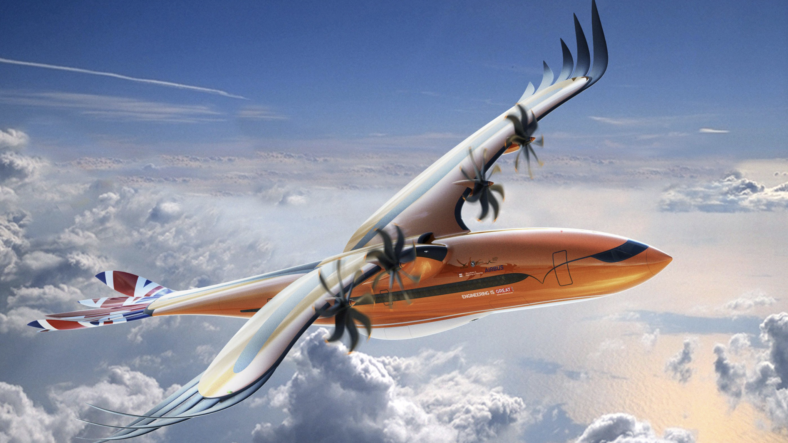 It’s one of those ideas that once you hear of it, you wonder why no one thought of it before: a plane designed to work like a bird, down to having actual feathers.

And not some lighter-than-air model, either, but an Airbus passenger plane.

The ‘#BirdOfPrey’ is taking wing! This sleek new concept takes inspiration from eagles to create a hybrid-electric design with individually controlled feathered wings. We’re always looking for pioneering new ideas – what would your aircraft be inspired by? https://t.co/HOfecb8X06 pic.twitter.com/0zXOr5znJv

Airbus introduced its “Bird of Prey” concept in a news release spotlighted by Dezeen. It looks crazy at first glance, like a joke, but rest assured, it is not.

While not intended to represent an actual aircraft, Airbus’ “Bird of Prey” is based on realistic ideas – providing an insight into what a future regional aircraft could look like.

It includes a blended wing-to-fuselage joint that mirrors the graceful and aerodynamic arch of an eagle or falcon, representing the potential of biomimicry (the design and production of materials, structures and systems inspired by nature).

Perhaps the important word above is “regional,” as this raptor-based aircraft isn’t a jet but is propeller-driven. Ideal then, for short trips.

But Airbus had a larger goal in mind. From the release:

“Our ‘Bird of Prey’ is designed to be an inspiration to young people and create a ‘wow’ factor that will help them consider an exciting career in the crucially-important aerospace sector,” explained Martin Aston, a senior manager at Airbus. “One of the priorities for the entire industry is how to make aviation more sustainable – making flying cleaner, greener and quieter than ever before. We know from our work on the A350 XWB passenger jet that through biomimicry, nature has some of the best lessons we can learn about design. Who can’t help but be inspired by such a creation?”

Honestly, it is pretty inspiring, in the way slightly bonkers things often are.

The Bird of Prey concept was unveiled at the Royal International Air Tattoo show in the United Kingdom. According to Dezeen, a real version would be “a hybrid-electric, turbo-propeller aircraft.” It would also “accommodate up to 80 passengers, and would have a range of” over 900 miles.

While we won’t be flying in one of these wild-looking planes anytime soon, who knows what kind of inspiration it might provide to future designers? As long as it doesn’t shed its feathers like real birds, it might end up being pretty great.