It successfully took out a chemical weapons lab near Damascus. 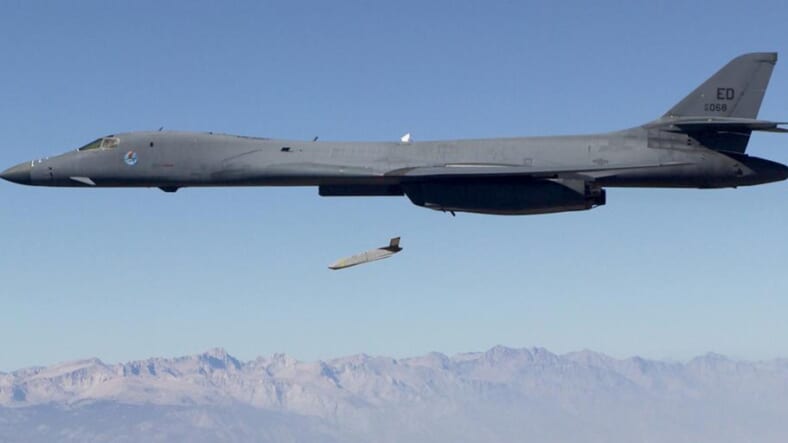 A new long-range missile just made a successful combat debut against Syrian targets.

The US Air Force struck a chemical weapons lab near Damascus with 19 JASSM-ER precision standoff missiles fired from two B-1B Lancer bombers, according to military.com.

The $1.4 million weapon is an extended range version of the Joint Air-to-Surface Standoff Missile.

38 other long-range missiles were deployed by both the USAF and the US Navy in the strike against the Barzah and Development Center. Popular Mechanics reports that “all 57 missiles hit their mark, doing considerable damage to a Syrian chemical weapons program that has been repeatedly used against rebel civilians.”

With a 575-plus mile range, the JASSM-ER’s 1,000-lb blast fragmentation warhead can travel two-and-a-half times farther than the baseline JASSM.

Popular Mechanics has further details on its in-flight capabilities:

JASSM typically flies a flight path chosen ahead of time, allowing the low-flying missile to mask its approach to target with terrain such as hills, valleys, and mountain ranges.The missile can be programmed to fly around known air defenses such as S-400 “Triumph” radars and missile batteries, using an internal navigation system and jam-resistant GPS to find its way around.

The JASSM-ER then delivers its warhead within three yards of a target and absolutely decimates any nearby structures, as the montage below shows:

It’s safe to say that this clearly effective armament has only just begun what will surely be a lengthy service.