The man loves to shop. 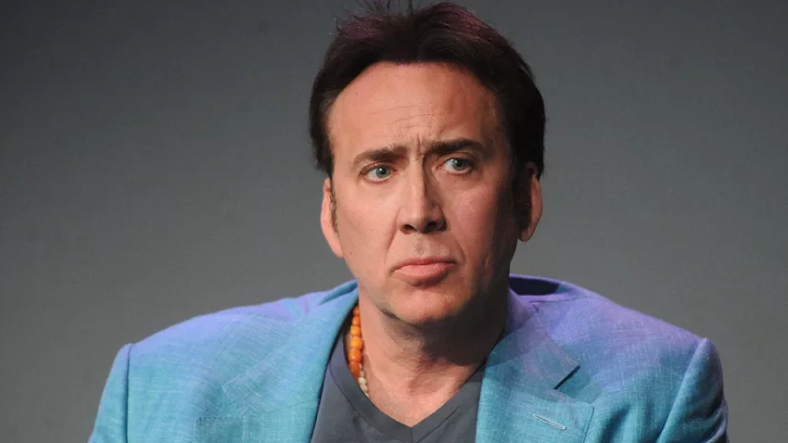 It’s not a secret that Nicolas Cage is kind of a wild man. That’s what makes him such a compelling performer. Whether it’s an Oscar-winning deep dive into a tortured character’s soul or some really awful midnight movie, Cage still gives it everything he’s got.

Turns out that Cage tendency to go all out extends to his spending in real life. And he spent his $150 million fortune on some seriously crazy stuff.

As CNBC reports, he’s not getting that money back. If you think you’ve seen Cage in one too many crappy movies and fewer good ones, there’s a good reason:

But Cage didn’t hold on to his fortune for long. He squandered it away on a string of expensive and often eccentric purchases, eventually facing foreclosure on several properties and owing the IRS $6.3 million in property taxes.Now worth around $25 million, Cage is taking roles left and right to help pay off his debts.

What did he buy? Stuff that indicates the eccentricity that bubbles up in Cage’s performances is totally real. According to CNBC, here are just a handful of mind-blowing purchases:

Nic Cage wants to own the most haunted house in America? Sure, why not. It’s fun to imagine him lurking the halls with a candelabra in hand, calling out for the ghost of Marie LaVeau.

Why would Cage buy an octopus? Well, they’re among the most interesting creatures in the sea, and spooky smart. The image of Cage staring at the octopus while the cephalopod stares back could come from one of his whackier movies.

3. A Private Island in the Bahamas

This isn’t that weird for a multimillionaire. Many probably love the idea of having an island all their own. Cage obtained Leaf Cay for $3 million. We presume it was so he wouldn’t be distracted while in mystic communion with his pet octopus.

No video for this, because the photo is weird enough already. While these are not Nicolas Cage’s actual shrunken heads, they certainly illustrate the extreme wtf-ness of owning such a thing. Maybe he held them while practicing a really intense, Cageian monologue. About octopuses.

Yeah, that happened. In 2007 someone auctioned off a Tyrannosaurus skull for a cool $276,000. The skull, originally unearthed in Mongolia’s Gobi Desert, was considered a stolen artifact—something Cage likely didn’t know. Still, he kept it for 7 fun-filled years. Fun-filled because for all we know he dressed in cowboy gear before sneaking into wherever he had it on display and then pretended he was riding it, yelling “yee-ha!”

Okay, that’s probably too wild even for Nicolas Cage.

Sadly, there’s no evidence Cage ever wasted any of his hard-won money on bees.