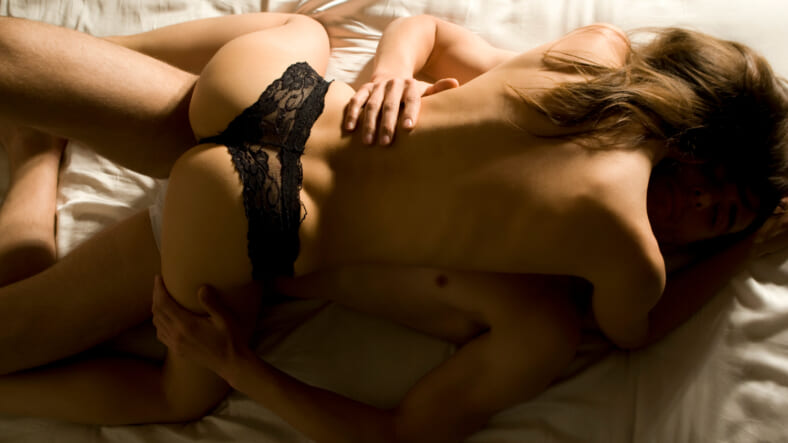 Imagine that you meet a beautiful stranger and end up in bed with her. Would you definitely reach for a condom before sex, or just try to get in there any way that you can? C’mon, be honest.

A new study says that when it comes to having sex with very attractive women, most men are far less concerned with using protection. According to the study published in BMJ Open, the hotter the woman is, the less likely the man feels it’s necessary to wear a condom.

In the study, 51 heterosexual men were shown pictures of 20 women, and were asked how likely they’d be to have sex with each one should the opportunity arise, how likely it is that they’d use a condom, and if they think the woman has an STD.

The results showed that the more attractive the woman in the picture was, the more the men wanted to have sex with her (obviously), but more importantly, the hotter the woman was, the less intention the men had to wear protection.

The researchers also found that when it came to STDs, some men were attracted to the “riskier” women, yet they still were less inclined to use a condom.

While this was far from a comprehensive study, there are several other studies that support these findings that (perceived) hotness influences whether or not you use protection during sex with a random—albeit smoking hot—hookup.

We can’t say we needed a study to tell us that most guys hate wearing condoms, but just remember: beautiful women can pick up those pesky STDs, too.