North Korea Is Threatening a Pre-emptive Nuclear Strike on the U.S.

There’s just one problem: they (probably) don’t have bombs. 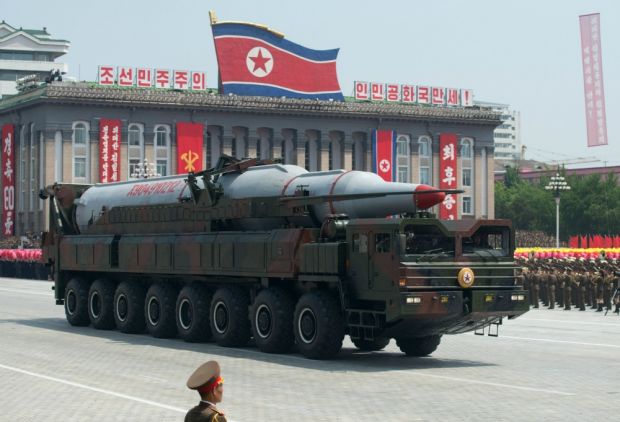 The commencement of the annual U.S.-South Korea joint military exercises wouldn’t be complete without the North Korean high-command trying to play with the big boys. Yep, North Korea has threatened a “preemptive and offensive nuclear strike” against the U.S. in response to the training exercises, thereby adding another entry to the list of factually dubious statements made regarding the communist country’s nuclear capabilities.

A full excerpt from the statement released by the Defense Commission of North Korea shows the country’s obvious disdain for the training exercises:

“As the joint military exercises to be staged by the enemies are regarded as the most undisguised nuclear war drills aimed to infringe upon the sovereignty of the DPRK (Democratic People’s Republic of Korea), its military counteraction will be more preemptive and offensive nuclear strike to cope with them,” the statement read.

The exercises are meant to prepare troops for conflict in the same way you would prepare if you were a runner training for a big race. You’d spend countless hours running many miles to prepare yourself for the big day, but to make the scenario analogous, Kim Jung-Un would be standing on the side of the road screaming and threatening to hurl rocks at you unless you stop.

The threat comes just a month after North Korea reportedly restarted their plutonium reactor, which means that if they have somehow harvested enough plutonium from spent reactor fuel, they also would have had to manufacture the weapons in an extremely short amount of time.

While their nuclear capabilities remain questionable, even doubtful, CNN’s Paula Hancocks noted that as the exercises begin, these types of statements are typical of North Korea.

“They (North Korea) have threatened this before, and these kinds of threats are to be expected this time of year,” Hancocks said.

While tensions with North Korea remain high, you can rest assured that the U.S. will continue to keep its birds, long-range B-52 Stratofortress bombers, within a stones throw from the country’s temperamental leaders.