But really, would that be so bad? 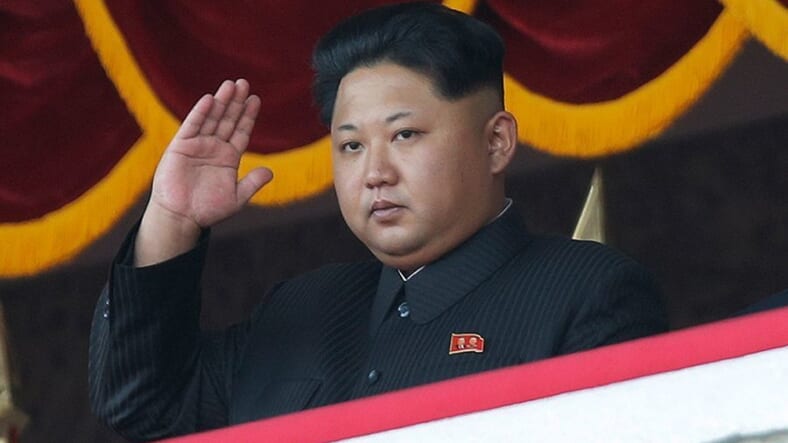 The latest claim from North Korea seems pumped full of the communist dictatorship’s usual high level of hyperbole—unless you know the history of the CIA. According to the BBC, the DPRK claims the United States tried to “carry out an attack with biochemical substances” which could have killed Kim Jong Un.

The attacker, named “Kim” by the North Koreans, was basically a lumberjack when recruited. He was thwarted and his fate remains unknown. Here’s part of the country’s overheated account of what supposedly went down, also courtesy the BBC:

The Central Intelligence Agency (CIA) of the U.S. and the Intelligence Service (IS) of south Korea, hotbed of evils in the world, hatched a vicious plot to hurt the supreme leadership of the DPRK and those acts have been put into the extremely serious phase of implementation after crossing the threshold of the DPRK.A hideous terrorists’ group, which the CIA and the IS infiltrated into the DPRK on the basis of covert and meticulous preparations to commit state-sponsored terrorism against the supreme leadership of the DPRK by use of bio-chemical substance, has been recently detected.

Obviously they didn’t stop there, because one of North Korea’s chief exports is histrionic purple prose. They went on to claim “murderous demons” of the intelligence agencies allegedly behind the plot “ideologically corrupted and bribed a DPRK citizen surnamed Kim, the then worker of the timber industrial branch in the Khabarovsk Territory of Russia in June 2014, and turned him into a terrorist full of repugnance and revenge…”

North Korea alleges that Kim was supposed to set off a bomb targeting Kim Jong Un and his top brass during the country’s April celebrations of the birth of the dictatorship’s founding father. The bomb was to use “biochemical substances including radioactive substance and nano poisonous substance”—essentially a dirty bomb, one that wouldn’t kill only Kim Jong Un but perhaps innocent citizens of Pyongyang as well.

As the BBC noted, the statement from North Korea is interesting because it’s very detailed and lays out a clear timeline beginning in 2014 and stretching up to the moment the plot was supposedly uncovered.

This claim has been made during a time of great tension between North and South Korea and more actively aggressive moves from the United States in general, with American warships gathered in the region.

All that said, obviously, North Korea isn’t above a little chemically-enhanced assassination, either, as was proven by the death of Kim Jong Un’s brother, Kim Jong Nam.

The DPRK’s breathless exaggerations aside, the CIA has certainly been known to get up to shenanigans like this when it comes to taking down communist dictators. So it’s not as easy to be skeptical about this claim as it seems at first blush.

Who knows? Maybe the next time they’ll recruit someone a little more savvy than a lumberjack with a North Korean passport.