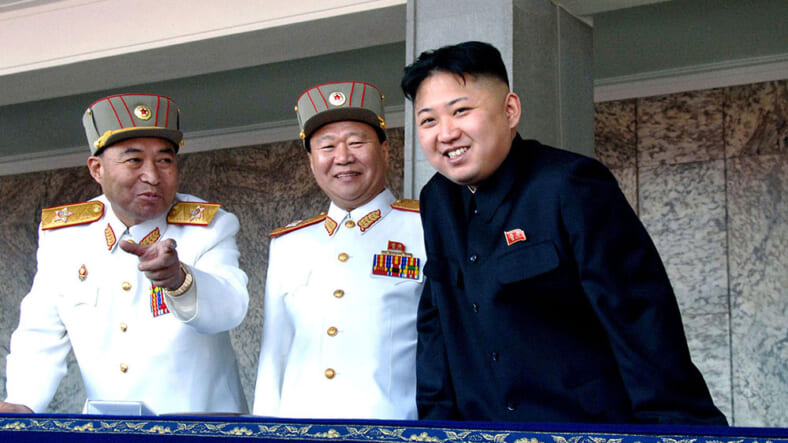 North Korea‘s newest nuclear weapons-related bit of saber-rattling is perhaps its most startling yet: the hermit kingdom claims it has miniaturized nukes—the kind that can easily be mounted on a missile. This is in addition to the communist dictatorship’s leader, Kim Jong Un, having already ordered his military into a state of readiness:

State media reports suggest Mr Kim has called for his military to be on standby to mount pre-emptive attacks against South Korea and the US – and be prepared to use nuclear weapons.The inflammatory remarks came after new sanctions were imposed on North Korea by the United Nations.

Other nations have viewed North Korea’s threats with a grain of salt hedged with wariness in the past. This, which Sky News notes is leader Kim’s first overt mention of “previously reported claims of miniaturised nuclear warheads,” ratchets tensions in the region further into the red zone.

There is less doubt now than in the past that North Korea has nuclear weapons it could use against an enemy. The question is whether those weapons are actually as powerful as claimed. While the North Koreans have claimed hydrogen bomb tests, an expert examining photos issued by North Korea told CNN the images appeared to show Kim Jong Un inspecting “a simple atomic bomb.”

An advisor on Asia at the Center for Strategic and International Studies, Bonnie Glaser, told the cable news channel that while the North Koreans “don’t have a proven ICBM capability and a warhead that could survive re-entry as I understand it,” they “are going to learn something and they’re going to make progress.”

Glaser also said the United States “should not underestimate” what North Korea may be able to do in the future.

After all, as Hiroshima and Nagasaki both proved at the end of World War II, “a simple atomic bomb” can completely alter the world stage in the blink of an eye.