This punishment does not fit the crime. 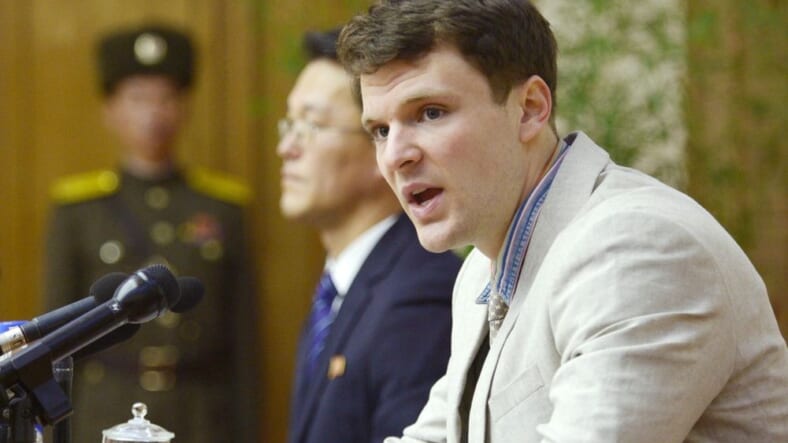 Take a moment and think back to your college days. Did you ever do something incredibly stupid? Have you ever streaked a lacrosse game? Stolen a composite from a frat house? How about running across campus with a team of friends while drinking a bag of Franzia? College students are dumb and do dumb things, but they shouldn’t have to pay with their livelihood. But that’s exactly what’s happening to Otto Warmbier, the 21-year-old University of Virginia student who’s been held by North Korean authorities since January. His crime? Stealing a piece of state propaganda from his hotel, likely as a souvenir.

“I committed the crime of taking out a political slogan from the staff-only area of the Yanggakdo International Hotel,” the North’s KCNA news agency quoted Warmbier as telling media in Pyongyang, the North Korean capital. It did not say what the item was.CNN showed video of a sobbing Warmbier saying: “I have made the worst mistake of my life, but please act to save me.”

This should surprise no one. North Korea has a long history of detaining American civilians on bogus charges and using them as bargaining chips with the U.S. government, with which is has no formal diplomatic relationship. It wouldn’t surprise us if Warmbier didn’t even do something silly like lift an illicit souvenir. Just look at the kangaroo court in the footage KCNA released Monday:

Let’s hope the U.S. works quickly to obtain Warmbier’s release. No one deserves the horror of a North Korean prison.