This Norwegian Cigarette Heiress Is Now The World’s Youngest Billionaire 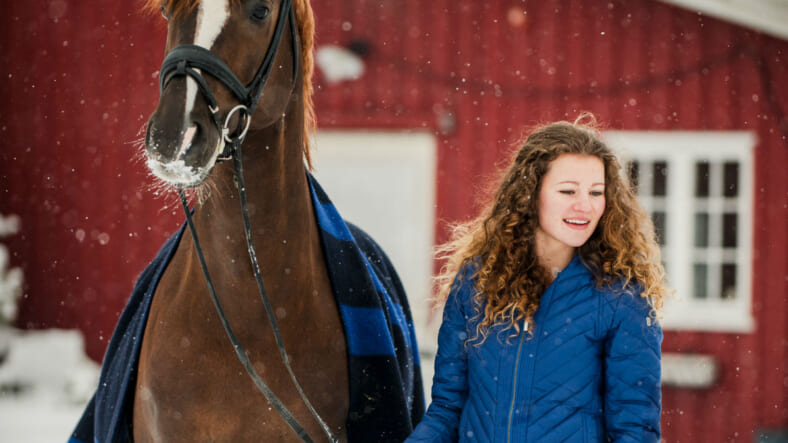 Say hello to Norwegian heiress Alexandra Andresen, 19, who has just been named the world’s youngest billionaire.

She and her sister Katharina, 20, have each received $1.2 billion from her father, who took over the massively successful cigarette company that his great-great-grandfather bought in 1849.

The dedicated equestrienne, anointed with the world’s youngest billionaire title by Forbes, is not much of a party girl, seeming to prefer the company of horses, of which she owns several. And she’s far from ostentatious, driving a used Audi.

“Our dad has a rule that we can buy a nice car, but it must be second hand,” she was once quoted as saying. Katharina, meanwhile, is a student at Amsterdam University College in the Netherlands.

Lest you get tempted to woo the teenage sugar mama by hitting her up on Facebook, know that she’s dating Joachim Tollefsen, a professional MMA fighter who trains with the Frontline Academy in Norway.

Forbes reports that her family’s mega-rich company Ferd, which means “journey” in Norwegian, dates back to 1849, when Alexandra’s great-great-great grandfather Johan Henrik Andresen bought J.L. Tiedemanns tobacco factory, firing up what would become the biggest cigarette maker in Norway for over 150 years.