Why Superstar Olympic Athletes Can’t Get Enough of Cupping

Find out why Michael Phelps, the greatest Olympian of all-time, is seriously into this ancient Chinese technique. 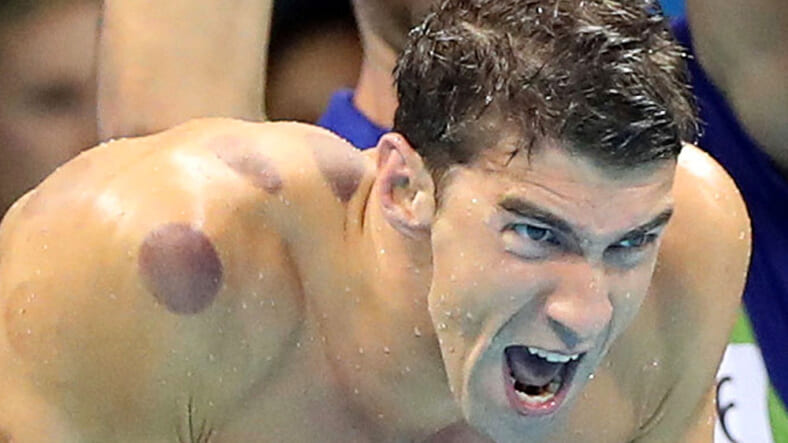 Michael Phelps has already racked up his 19th gold medal in the 2016 Summer Olympics in Rio de Janeiro–as part of a 23-medal career that’s made him the most decorated Olympian ever. But never mind the fish-like superstar’s medals—everyone wants to know what the hell is up with those weird round bruises?

It turns out the purplish marks are from the ancient Chinese medical practice called “cupping.” The New York Times reports the name is pretty literal, too.

In cupping, practitioners of the healing technique — or sometimes the athletes themselves — place specialized cups on the skin. Then they use either heat or an air pump to create suction between the cup and the skin, pulling the skin slightly up and away from the underlying muscles.

It’s not just Phelps, 31, whose legendary prowess in the water may give him license to do any weird thing he wants if he feels it works for him—America’s male gymnastics team are into it too.

Cupping may provide a map to where an athlete feels they need help with healing. By sucking blood into a specific area it supposedly speeds healing and works against future injury. Hence photos of cupping marks on Phelps’s shoulders, obviously a crucial part of any swimmer’s anatomy.

The Times reports that no matter what athletes believe, there isn’t a lot of science supporting cupping. Perceived benefits may really be no more than “a placebo effect.”

As long as it isn’t hurting anything and gets our man Michael a little more gold for his mega-collection of medals, we say cup away, man.