The Oregon Militia Occupiers Asked for Supplies. The Internet Sent Sex Toys Instead

Talk about being a complete dick. 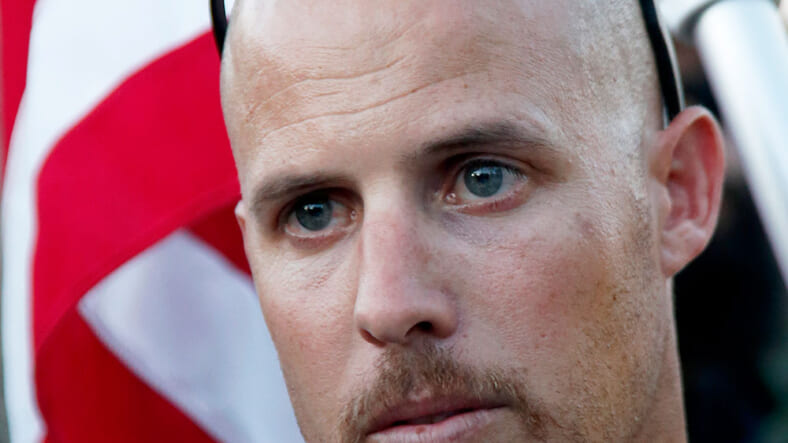 The men and women currently occupying the headquarters of the Malheur National Wildlife Refuge in southwest Oregon are mad. They’ve made it clear via social media that they would greatly appreciate it if people stopped sending them care packages full of sex toys and penis-shaped candies.

Writing on Facebook, protester Jon Ritzheimer said he found it “sad that there are people who would spend this kind of money on this rather than spending it to do good in the world.”

Gawker reported the goods are coming from “strangers from around the country” as well as from the website itself.

Gawker also quoted a spokesperson for the group, Maureen Peltier, who shared Ritzheimer’s disgust. Peltier indicated the group may have a plan for dealing with the items, which include bags of dick-shaped sweets, saying another member of the group sometimes referred to as militia members suggested they sell everything on eBay.

Which might just work, if you think about it, and provide the group with money to go ahead and buy the non-schlong-shaped supplies they need.

The standoff at the Malheur is just over a week old now, and doesn’t look like it will end anytime soon, care packages full of adult party favors notwithstanding.

It's sad that there are people who would spend this kind of money on this rather than spending it to do good in the world. I'm done living in fear of an oppressing force. I'm going to uphold my oath to the Constitution and sleep great at night knowing that I did everything in my power to ensure what our founding fathers did for us will not be lost. To my family, I love you very much and I am sorry I can't be there with you. Please look at this as a deployment, only this time I'm actually serving my country rather than being sent over seas to line the pockets of corrupt politicians. It is our sacrifice as a family that will make this country great again, not some election. And we are not alone. I am among some of the most honorable, and selfless people I have ever met. People who are dedicated to making the same sacrifice for this country. Read the constitution people. Get educated and don't let your rights be taken. If your a Patriot and you feel the calling in your heart then all I can say is follow your heart. Don't let the fear consume you. We all have lives but if we don't make the sacrifice what kind of country are we leaving for our children. The status quo can't go on any longer. We either take a stand against tyranny or we fail. Come be a part of history. And I am so proud that our country has become civilized enough that we can bring about change and right this wrong without any bloodshed. America is blessed.