A suspect was in the “advanced stages” of a terror plot. 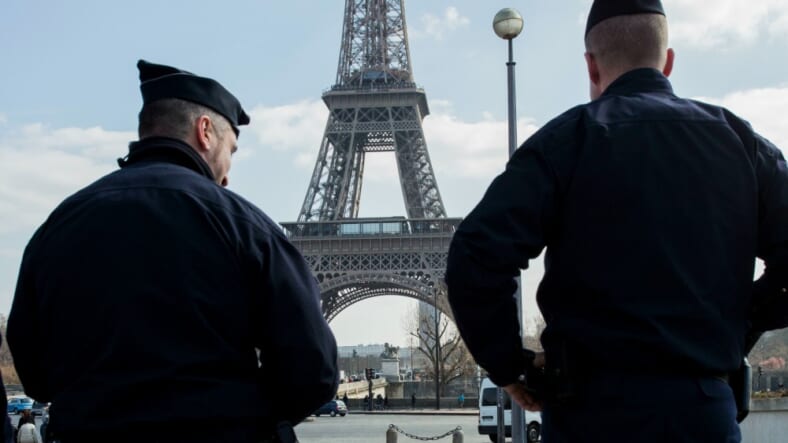 French aw enforcement officials say they’ve arrested a French national in the “advanced stages” of a terrorist plot in Paris suburb on Thursday evening, the Associated Press reports. Here are the details of the arrest, per the AP:

[Minister of the Interior] Bernard Cazeneuve said there were no links “at this stage” between the plot and the attacks against Brussels this week or Paris in November.Cazeneuve said bomb squads were on site. The raid took place in Argenteuil, on the northern outskirts of the French capital. He noted that the person arrested was implicated at a “high level” in the plot, but offered no details.

The arrest comes amid a heightened state of emergency across Europe in the aftermath of the Brussels bombings that left 34 dead and more than 270 wounded. The Islamic State claimed responsibility.

France has been on edge ever since the deadly ISIS terror attacks that rocked Paris last November. Areas around Paris were locked down by security officials while law enforcement agents conducted a sprawling search for other suspects.

On Wednesday, the AP reported that ISIS has trained “at least 400” terrorists to attack Europe “in deadly waves,” according to security officials. The AP notes that French authorities have arrested some 75 terror suspects since the beginning of 2016 alone, with some 28 thrown in jail.

According to ABC News, six people were arrested Thursday night in Brussels in connection to the Brussels bombing. A Belgian prosecutor told the media that two suspects remain at large.