We Already Know That Peeing in the Pool Is Nasty, But Science Proves It Can Be Dangerous Too

Are you guilty of this all-too-easy offense? 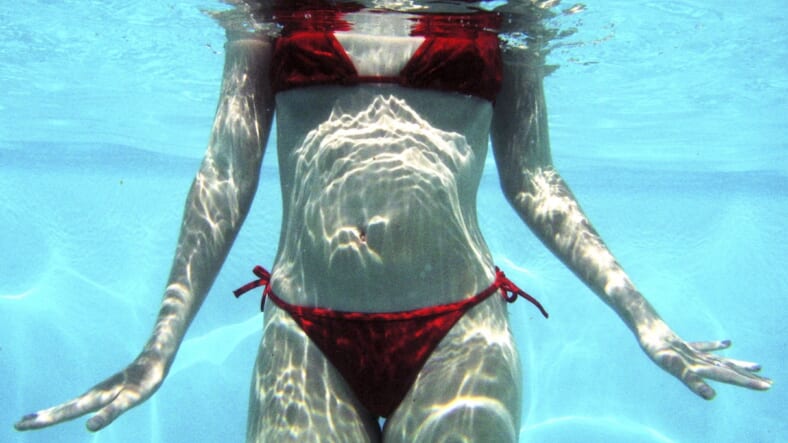 Peeing in the pool is gross as hell, but hey… we’ve all been there.

Take Olympian Michael Phelps, for instance. “It’s kind of a normal thing to do for swimmers,” he once nonchalantly told The Wall Street Journal. “Chlorine kills it, so it’s not bad.”

Despite his view being widely accepted, chlorine does not simply “kill” urine. Instead, it mixes with urine to form hazardous “disinfection by-products” (DBPs).

In short, peeing in the pool isn’t just gross. Science shows it is dangerous.

A video from SciShow lays out what scientists know about this regrettably common practice. When someone lets out a leak into a pool, urine and chlorine together form the DBP “chloramine.”

Scientists now believe chloramines are to blame for the high instances of asthma among swimmers—a phenomenon that previously baffled scientists.

That said, contradicting studies have found that getting out of the pool to pee is annoying.