Meet the Peeper Creeper. Then take a shower. 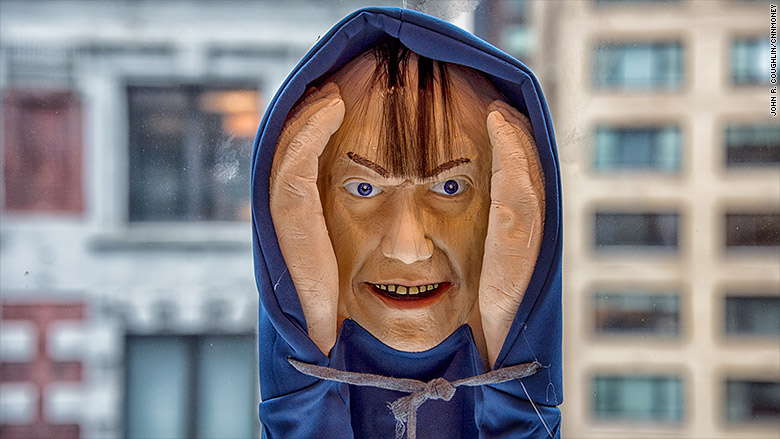 Ghouls, goblins, witches and ghosts—these are all socially acceptable Halloween decorations that one would expect to see as a part of the gently spooky October holiday.

But the image of a hooded man peering into your window might just be a little too real, as evidenced by the protest Canadian Home Depot stores received in response to a gag gift called “The Scary Peeper Creeper.”

Toronto resident Breanne Hunt-Wells explained to CBC news why she filed a complaint regarding the terrifying Halloween ornament. “I fail to see the humor in it,” she told the radio station. “It makes light of a very serious crime. Voyeurism is a crime in Canada.”

The Scary Peeper Creeper was pulled off the shelves of all 182 Canadian Home Depot locations in reaction to the complaint, though it’s still sold in American stores.

The product description on Home Depot’s website reads: “Realistic face looks just like a real man is peering through the window at you.”