The Pentagon Admits To Using Spy Drones on U.S. Soil

But it’s cool, the government says it was totally legit. 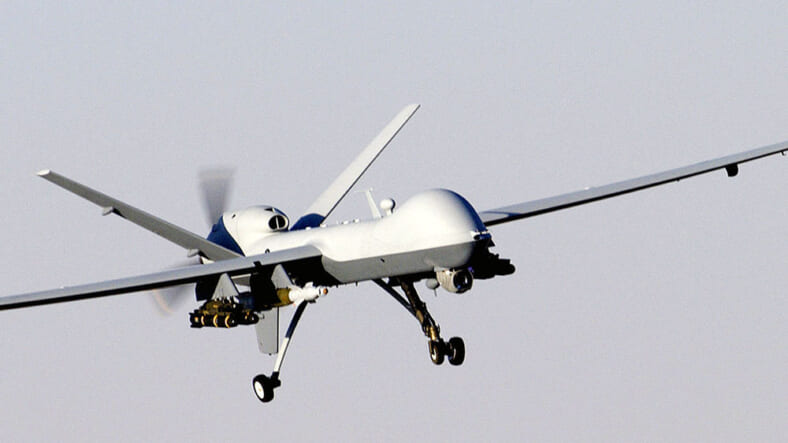 In a new report from the Pentagon’s inspector general there’s a somewhat startling revelation: military spy drones have been used over American soil over the last ten years or so. But don’t worry, it was totally legal and cool, apparently.

The report, revealed by USA Today, was obtained through a Freedom of Information Act (FoIA) request. It was short on details about where or why the drones were used, but it noted that the Pentagon takes the issue of drone use on American soil “seriously.”

So do folks at the ACLU. USA Today spoke with a senior policy analyst there, Jay Stanley, who said, “Sometimes, new technology changes so rapidly that existing law no longer fit what people think are appropriate.”

“It’s important to remember,” he continued, “that the American people do find this to be a very, very sensitive topic.”

The paper noted that the FBI already admitted in 2013 to “very, very minimal” spy drone use to aid investigations. What little was revealed in the Pentagon report was innocuous compared to that—like the time a mayor from an unidentified municipality asked the Marines to assist in pothole discovery with a surveillance drone. The Marines said no, stating that seeking DoD approval for such a mission “did not make operational sense.”

The Pentagon now has a policy in place, reported USA Today, stating that without legal grounding or approval by the Secretary of Defense, drones cannot be used to spy on “U.S. persons.” Armed drone use outside training or testing purposes is also banned.

Finding potholes sounds like a pretty practical way to keep drones and their remote pilots sharp without the headaches of combat. We’d hope that more of the mysterious missions already conducted by the military on U.S. soil were just as benign. But that’s a pretty optimistic way to look at it.