Soldiers with brain implants, exoskeletons, and PEDs could soon be the norm — and it’s terrifying. 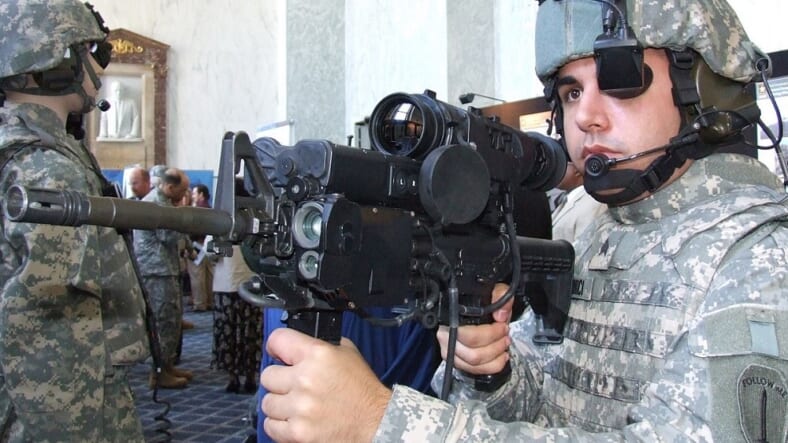 The United States may boast the world’s most formidable military, but there’s one area the American military doesn’t want to go: supersoldiers.

In a Defense Department press conference on Monday, Deputy Secretary of Defense Bob Work made it clear that the U.S. is worried our enemies have no problems whatsoever with what he termed “enhanced human operations,” or EHOs. In fact, Popular Mechanics reports that the idea that adversaries are studying ways to turn individual soldiers into solo war machines “scares the crap out of” Pentagon brass.

Ethical considerations tend to restrain U.S. researchers from experimenting with Robocop-like alterations to American soldiers, but according to Work, the Chinese and the Russians may not give a damn.

Popular Mechanics quoted Work saying that this means the United States is “going to have to have a big, big decision on whether we’re comfortable going that way” in order to stay ahead of our biggest potential foes. There’s already major debate swirling on the ethical and practical implications of creating soldiers who can “upgrade” their bodies through drugs and implants, and the military will have to reckon with these questions sooner rather than later to keep up with foreign armies.

Popular Mechanics took a look at previous experiments by the Defense Advanced Research Projects Agency (DARPA) to get an idea what the soldiers of the future might look like. One sci-fi worthy example: exoskeletons meant to enhance a soldier’s strength, speed and resistance to enemy fire. Basically, an Iron Man suit, or the descendent of the powered armor made famous in Robert Heinlein’s Starship Troops. As Defense Systems reported in early 2015, U.S. special forces are pretty close to having one available:

[U.S. Special Operations Command]  has issued a grant to Ekso Bionics, a robotic exoskeleton company and one of the companies that worked on the first phase, to continue its work under the Tactical Assault Light Operator Suit, or TALOS, project, according to an announcement from the company. With this latest award, Ekso will now have garnered $35 million in contracts in the four-phase project, the company said. Its Phase 2 work is expected to be completed later this year.

TALOS could be “fully operational” as soon as 2018, according to Defense Systems.

There are already endurance-enhancing drugs like sleep-blocking agent modafinil available, and Popular Mechanics reported field vaccines could immunize soldiers from the unthinkable pain caused by bullet wounds and permit them to keep fighting pain-free for up to a month. Syrian militants are already reportedly popping the amphetamine captagon to fight longer and harder on the battlefield; its not unreasonable to assume an above-board version might be on its way.

The magazine posited further developments that could even include brain implants, which would pretty much mark the advent of the real cyborg soldier. Defense one reported in November that DARPA was exploring wireless brain implants designed to boost soldiers’ memory and implants and potentially mitigate the effects of PTSD for veterans when they return home.

This all sounds quite cool if you’re cooking up a movie plot or a Tom Clancy-style thriller, but it’s chilling to think of a world where the nature of combat and aggression from other powers might actually require soldiers to submit to “enhancements” just to do their jobs better than their enemies. Then again, this isn’t quite as chilling as trying to predict just what sort of wicked add-ons our enemies’ future soldiers might bring to the battlefield.

Sometimes the future just makes us want to stay inside.