The Czech model and philanthropist was joined by former Maxim cover girl Hanna Ferguson to support a worthy cause. 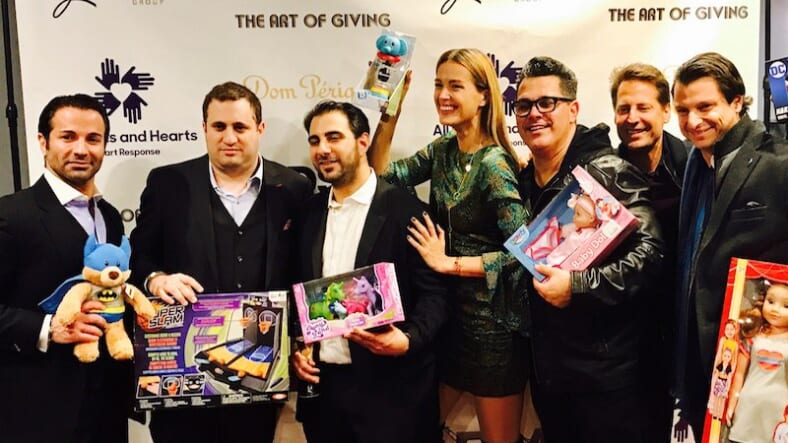 The Art of Giving Toy Drive and Fundraiser was recently held at the Domenico Vacca Club in New York City.

Status Luxury Group (SLG) partnered with All Hands and Hearts – Smart Response (AHAH) and supermodel Petra Nemcova for a worthy cause.

All proceeds from the tickets, tables, donations and auction items went to people and communities affected by Hurricanes Irma and Maria. The event was underwritten by FJM Ferro and JDS Development Group.

Co-founder Petra Nemcova spoke passionately about her vision for AHAH, which was founded in 2017 as a merger of her charity Happy Hearts Fund and David Campbell’s All Hands Volunteers.

Nemcova is no stranger to tragic natural disasters. The Czech model and philanthropist survived the deadly 2004 tsunami that ravaged Thailand by clinging to a palm tree for eight harrowing hours before being rescued.

For more information or to contribute to All Hands and Hearts, go here:

Petra, naturally, looked as gorgeous as usual. Here are some highlights from her ever-popular Instagram feed: