“I took down Martin Shkreli with my disgraceful and shameful actions.” 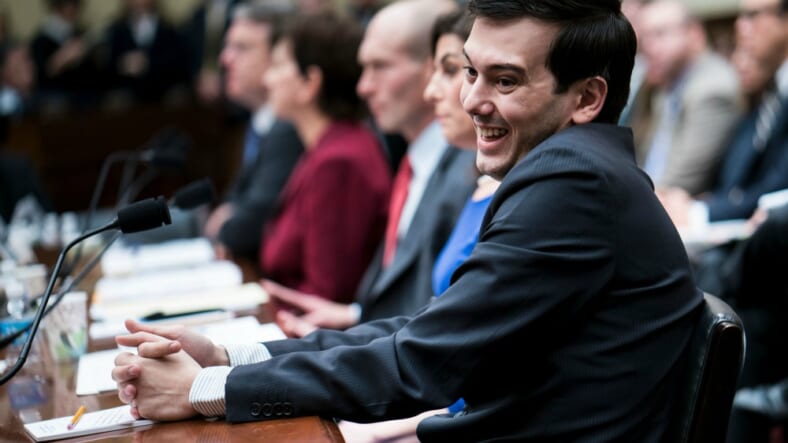 At the end, he tried to sound remorseful. He even choked up. But Friday in a federal court in Brooklyn, Pharma Bro Martin Shkreli was sentenced to 7 years in prison, plus a $75,000 fine.

It’s not like anyone was ever going to feel much sympathy for Shkreli. Reuters also reported that his own lawyer said in court that while he often had sympathetic feelings for his client, “there are times when I want to punch him in the face.”

He first became infamous in 2015. As CEO of Turing Pharmaceuticals, he jacked up the price of Daraprim—a previously inexpensive drug often used in the treatment of AIDS—by a ridiculous 5000 percent.

From there Shkreli pretty much doubled down, and seemed to embrace his bad guy image. That barely changed when he was arrested for securities fraud that December. While those charges had nothing to do with his actions at Turing, they were—like the tax evasion that took down Al Capone—enough in the end.

Shkreli had already been sentenced to pay in excess of $7 million in forfeitures, so he probably saw this coming. He still got off comparatively light; prosecutors were pushing for 15 years.

While on parole, Shkreli went a little wild, livestreaming for hours on Youtube, holding weird auctions. He crossed the line legally when he said he’d pay $5000 if someone brought him a lock of Hillary Clinton’s hair.

Shkreli owned a rare, $2 million album by the Wu-Tang Clan, and he often used it as a source of publicity, threatening to destroy it or play it live. Wu-Tang wasn’t amused.