This guy owes the government a LOT of money. 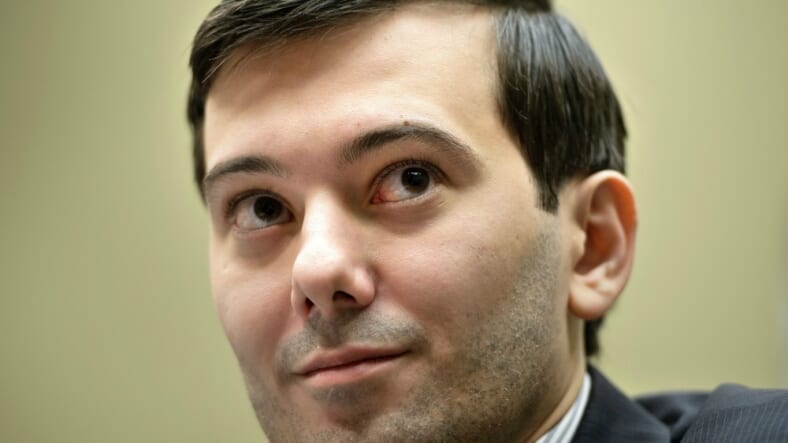 The man whose name you’re most likely to spell “Shrekli” has been in a heap of trouble. In August, one-time hedge funder and “Pharma Bro” Martin Shkreli was convicted of securities fraud. Then while out awaiting sentencing, a judge threw his ass back in jail for offering a bounty on Hillary Clinton’s hair.

Shkreli owns a variety valuable pop culture ephemera along with a supremely punchable smirk and he’s about to lose some of those assets in the name of the government getting paid.

They include his $2 million Wu-Tang Clan album Once Upon a Time in Shaolin.

The AP and CBS report Shkreli needs to give up the album and a good deal more:

[Prosecutors] say Shkreli should give up $5 million in cash in a brokerage account, his interest in drugmaker Turing Pharmaceuticals and other valuables, including a Picasso painting and another unreleased recording that he claims he owns, “Tha Carter V” by Lil Wayne.

Naturally, Shkreli’s attorneys—who apparently don’t find him off-putting enough to resign his case—are not having it. Attorney Ben Brafman issued a statement in which he said their “position is clear: None of the investors lost any money, and Martin did not personally benefit from any of the counts of conviction.” To Shkreli’s legal team this means “forfeiture of any assets is not an appropriate remedy.”

We’ll see if Shkreli gets to hang on to his Wu-Tang when he goes to court for sentencing in January 2018.