Can you really blame him though? 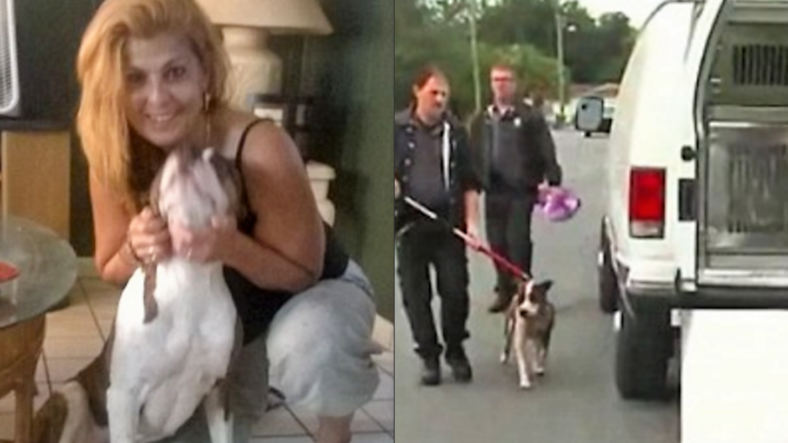 A pit bull named Scarface attacked a Tampa family after his owner tried to dress the dog in an embarrassing Christmas sweater.

Police said 52-year-old Brenda Guerrero was putting the yuletide sweater on Scarface when the dog chomped on her arm and wouldn’t let go. Her husband Ismael Guerrero, 46, jumped in and tried to pull Scarface off her, causing the dog to attack him.

Then couple’s 22-year-old son Harris grabbed a kitchen knife and stabbed the raging pit bull in the head and neck, which in turn caused Scarface to start biting him, too. Only in Florida, folks.

The freaked-out family then ran inside their home for safety, leaving the rampaging animal in the backyard.

Eddy Durkin of the Tampa Police Department said Scarface was “pretty aggressive” when officers arrived on the scene, and basically walked off a Taser that cops shot him with. “When they tased the dog, the dog was still pulling away and was able to release the prongs from the Taser.”

Animal Control and Tampa Police were eventually able to subdue Scarface with the combined forces of a tranquilizer, bean bag gun, Taser and a catch pole. Sweet Jesus.

Both Mr. and Mrs. Guerrero were treated for injuries they sustained during the sweater-related dog attack. Mrs. Guerrero underwent surgery for serious but non-life threatening injuries on Friday at Tampa General Hospital.

It is unclear as to whether Scarface will be euthanized or not, but we’re pretty sure no one will ever try to make him wear a sweater again.