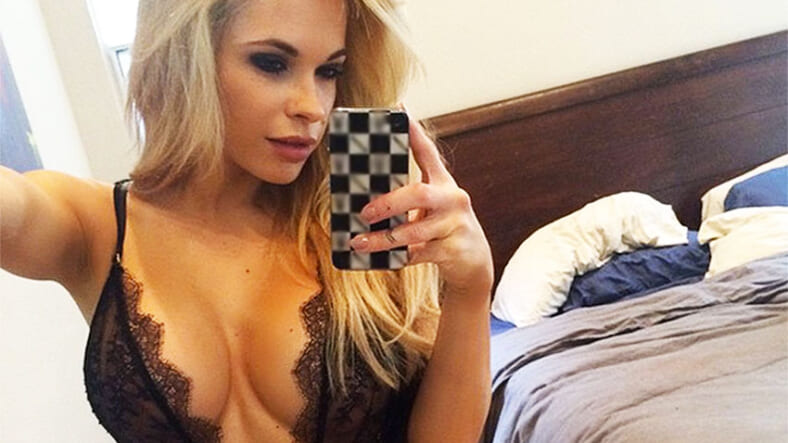 Dani Mathers is a great-looking, curvy woman with a killer smile, and normally she’d get a mention from Maxim for shots like the one above. She’s got it, and she knows it. But she’s about to spend a lot of time cleaning up graffiti around Los Angeles as part of her community service sentence for an act of childish cruelty. Hey, it was community service or 45 days in jail.

Mathers, a former Playmate, spotted an older woman nude in the gym locker room and put a photo of her unwitting victim on Snapchat with the caption, “If I can’t unsee this then you can’t either.” It was the worst kind of mean girl moment, and when the photo went viral, the condemnation of Mathers’s actions was swift and fierce.

She immediately tweeted an apology, but it was too late. So when Mathers faced a judge this week in in Los Angeles Superior Court, she knew she had nothing to defend. She pleaded no contest to a misdemeanor charge of invading the other woman’s privacy.

The Associated Press reports that after Mathers finishes her 30 days of community service, she’ll be on probation for three years.

Most appropriate of all? She won’t be allowed to take photos of others or post them unless she has the subject’s permission.