“The events we’re currently living through expose the need for Americans to become more educated and active in the political process.” 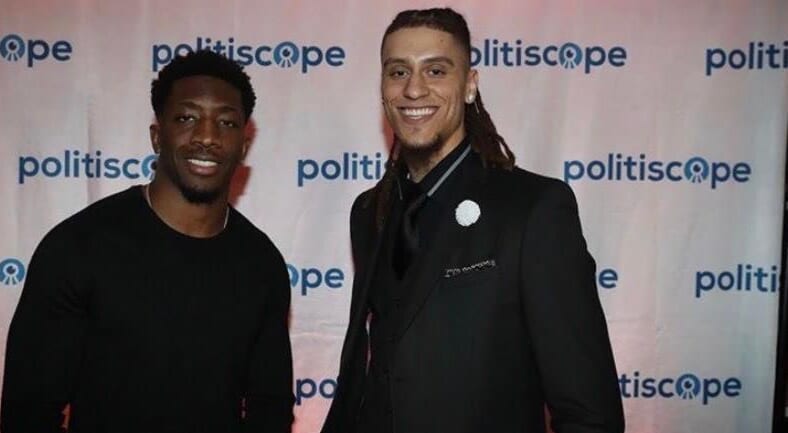 Politiscope aims to provide everything from reliable political reporting and tracking elected officials’ daily activity to quick and easy political campaign access, all from the convenience of your smartphone.

“The events we’re currently living through expose the need for Americans to become more educated and active in the political process,” said Jackson White, a cofounder and editor in chief of the app. “Politiscope makes it easy to do that and we are committed to delivering trustworthy information and accurate data to our growing base of users. All are welcome.”

The civic-minded politics app, which counts entrepreneurial guru Gary Vaynerchuk among its advisers and investors, offers four main features to inform users who are tired of navigating the often partisan and shallow political coverage that’s become a hallmark of cable news:

Interactive news feed updated seven days a week where users can learn about what’s happening in politics, business, finance, culture and more. Take polls, bookmark content for later and share content with your family and friends.

Our news feed is focused on objective fact-based reporting to help our users escape the loud and crowded world of hyperpartisan op-eds and fake news.

Make your own Support/Oppose list to keep an eye on campaign races that most interest you. Politiscope will expand to state and local level politics in the near future.

Politiscope provides its users with easy to understand legislative breakdowns to help average Americans sift through all the legal jargon and skip straight to the important stuff that impacts their everyday lives. You can see if a bill has been passed by the House or Senate or if it has become law, and when.

See what figures on the left and the right are saying about different bills, and how those bills were voted on in Congress and who voted for or against those bills. Politiscope will expand to covering state and local legislation in the near future.

In this tab users can shuffle through all 535 elected officials of the United States Federal Government as well as U.S. territories like Puerto Rico and Guam.