Does This Leaked Photo Show the Mysterious iPhone 7 Pro?

Or is it just another i-tease? 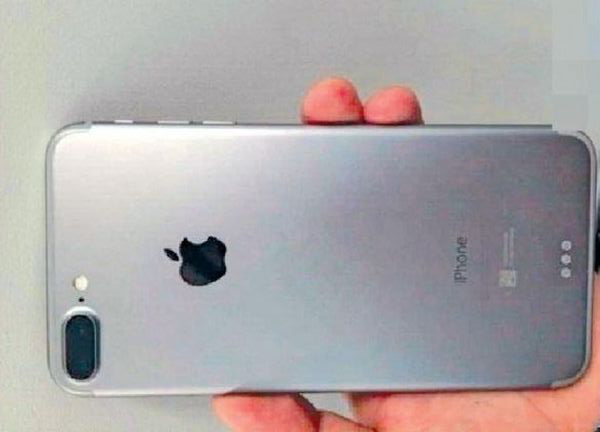 As noted on Tuesday by MacRumors, the above photo (we rotated sideways) from Chinese website Bastille Post purports to show a leaked photo of an iPhone 7.Our eyes go right to the oval dual-camera enclosure protruding. Will it be like that or flush? And will both lenses be together or separate? (These are the kinds of things that keep fanboys up at night.)We submit another theory: That camera is meant to draw our eyes away from the phone’s bottom right, which appears to have been shoddily digitally edited (notice the weird gray bar) to include Smart Connectors similar to the iPad Pro.That seems to point to a fake in general, but perhaps this video adds some shred of further credibility to the dual camera configuration, if not about the potential nomenclature of a potential “iPhone Pro” model:

We may have to wait until September to clear up this speculation, unless Apple uncharacteristically lets a detail or two fly during their upcoming announcement on Monday. So stay tuned.