Why Smoking Pot Could Make You a Better Hunter and Fisherman

No, you won’t be able to talk to animals. 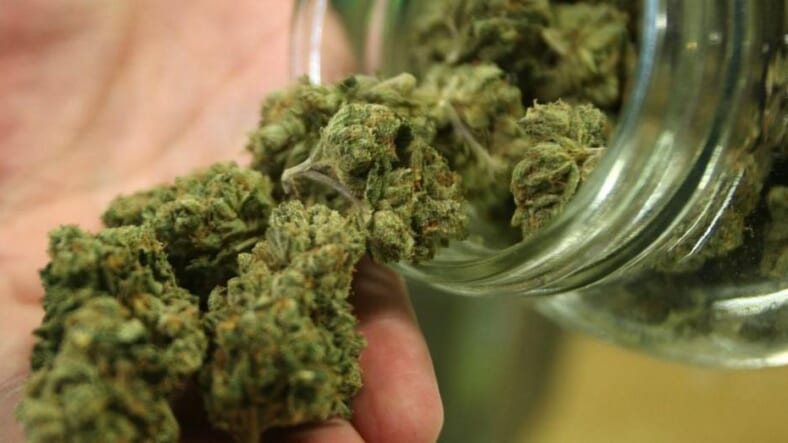 No one should mix drugs and guns, right?

Surprisingly, according to an article published in The Guardian, smoking up before heading out on a night hunt might just improve—not impair—your ability to find prey in the dark.

The effect was first noticed 25 years ago by pharmacologist M. E. West of the University of the West Indies in Kingston, Jamaica. He found that fisherman who smoked or drank marijuana-infused rum exhibited “an uncanny ability to see in the dark.” They could also more easily navigate normally treacherous waters.

Now, thanks to an experiment led by Lois Miraucourt of the Montreal Neurological Institute, there’s evidence supporting West’s observations of those stoned, all-seeing fishermen.

Researchers conducted experiments in which they treated the eye tissues of tadpoles with synthetic cannabinoid—a chemical that affects the same psychoactive neuroreceptors as weed .

First, they measured the substance’s effect on just the tadpole eye tissue to understand how the interaction worked.

The Guardian reports they discovered the weed-like chemicals had a surprising effect:

The researchers found that [the cannabinoid treatment] made the cells more sensitive, increasing the rate at which they fired to both bright and dim light stimuli. Closer investigation revealed that this occurred due to inhibition of a protein called NKCC1, via its actions on the CB1 receptor.

NKCC1 is a co-transporter protein that normally shuttles sodium, potassium, and chloride ions in and out of cells, and their concentrations determine the electrical properties of nerve cells. Overall, these experiments show that cannabinoids reduce the concentration of chloride ions inside the retinal ganglion cells, making them more excitable and more sensitive to light.

Researchers treated the actual tadpoles with the same weed-like chemical, and observed a big difference between experimental and control groups. They found that tadpoles will avoid dark dots in motion in normal light. In low light tadpoles high on the good stuff were still able to avoid the dark dots—while their sober neighbors could not.

No one knows for sure how these findings truly apply to humans. Given the Jamaican pharmacologist’s observations of fisherman with ganja-influenced night vision and this tadpole data, the idea that there’s a correlation between weed and an increased ability to see in the dark doesn’t sound so crazy after all.

To get into the deep, uh, weeds of the actual science performed on those lucky tadpoles, you can read the full study published in the open access journal eLife.