A Female Powerlifter Punched a Guy Who Assaulted Her, And Her Swollen Knuckles Are Going Viral

“My first reaction was to punch him in the face.” 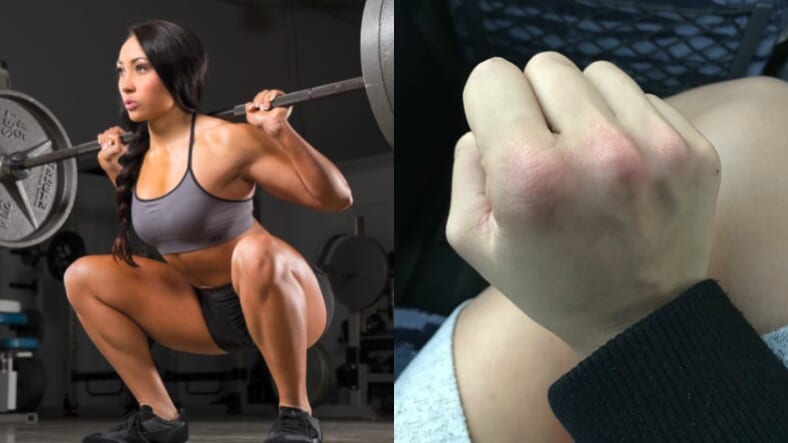 A female powerlifter is blowing up online for giving the man who sexually assaulted her a knuckle sandwich.

Colorado native Leanna Carr was abroad in Dublin when a stranger grabbed her butt. She immediately punched the guy in the face and tweeted now-viral photos of her swollen hand.

While walking down the street in Dublin earlier this week, a man grabbed my butt. He proceeded to laugh hysterically and said “you’re an American, you probably liked it”. Apparently traveling solo has made me a better person bc my first reaction was to punch him in the face 😳 pic.twitter.com/qJ82a3iimI

The incident didn’t end there. In an interview with Independent Ireland, the muscled beauty revealed that she feared “he was going to hit back.”

“I started yelling a couple more things to him like ‘don’t ever touch a girl like that again, I could get you arrested.’ He became very mad and I thought he was going to hit back,” she said.

“But there was an older couple next to us who saw the whole thing, and the gentleman told the scumbag to keep walking. The man started laughing again and then crossed the street to disappear in the crowd of people,” she added.

Carr, who is sponsored by Bodybuilding.com, conceded that her knee-jerk reaction was risky.

“I don’t think violence is always the answer, and I did get lucky that the altercation didn’t end up badly for me,” she said. “Going forward, I do think it’s important be trained for self-defense and be a little more cautious of my surroundings, especially while traveling alone.”

Her tweet received thousands of likes and retweets less than a week. Nearly all of the responses have been supportive:

Not sure why anyone thinks that it is ok to violate someone else's space and make vulgar gestures like that. From your knuckles, it looks like you got him pretty good though!!

I hope his face hurts more than your knuckles do.

Good form too. Power and precision through first two knuckles.

The 26-year-old athlete’s intention wasn’t to garner fame, but to empower other women to stand up in the face of assault.

“I never use Twitter and didn’t write the post for attention, but I’m glad it went viral,” she said. “This is something that is very common and hopefully it encourages more women to feel comfortable and able to stand up for themselves if it does happen to them.”

“I think he will think twice before he does that again to a woman,” Carr added.