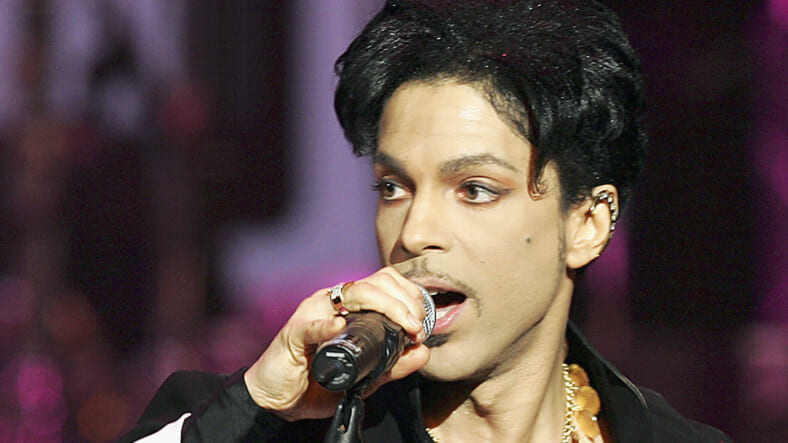 Although Prince’s autopsy results may not be available for a weeks, there was almost instantaneous widespread speculation — presumption, even — that his untimely death may have been caused by an overdose of opiates.

An official connected to the investigation told CNN Thursday that prescription opiates were found on Prince’s person and in his Paisley Park estate when his body was found; and it has since been confirmed that an accidental overdose of the painkiller Percocet was behind the emergency landing of the performer’s plane last week in Illinois.

On Friday, the Guardian published an account of Prince’s final days that revealed some uncomfortable details. It’s unconfirmed, but possible that Prince was alone in Paisley Park — or at least was not in the immediate company of anyone else on the compound — overnight on April 20; his body was reportedly in rigor mortis but the time EMT’s responded to a 911 call on the morning of the April 21.

The identity of the caller has not been released. Law enforcement officials told that Guardian that Prince was last seen alive when an acquaintance dropped him off at this suburban Minneapolis estate sometime Wednesday, after a visit to a doctor’s office and then a pharmacy.

As was previously reported, the people who made the 911 call — now known to be staffers — did not know the precise address of Paisley Park; the main caller said it was in Minneapolis when in fact it is in Chanhassen, which is about 20 miles away. A source “with knowledge of the investigation” told the Guardian that Prince was in rigor mortis by the time the emergency responders arrived. Though they were equipped with Narcan, it was not administered, but he was given CPR.

Many in Prince’s circle knew the performer to abstain, for the most part, from drugs and alcohol, and a regular attendee of Prince’s Paisley Park dance parties told the Guardian that no one smoke or drank there. A DJ said he wasn’t allowed to bring meat to the compound, as Prince was a strict vegan.

But he was also known to have chronic hip and ankle pain, perhaps arthritic, and believed to have avoided corrective surgery or any significant medical intervention because it went against his faith as a Jehovah’s Witness. (There are conflicting reports about whether Prince ever had hip surgery, or if any refusal to do was based on a religious prohibition against blood transfusions.)

So how could someone with such strict health standards become an opiate abuser? And should Prince have been given more prescription painkillers after his recent overdose?

“Many individuals come to treatment after years of taking opiate pain medication when they realize they are now dependent on the drug and if they try to stop they go into severe withdrawal,” said Marc J Romano, Psy.D., Assistant Medical Director at Ocean Breeze Recovery in Florida.

Romano said he has frequently seen patients that become dependent on opiates not because of a “high,” but because they are desperate to manage their pain. “Often individuals over time begin to take more and more as their tolerance increases.” But they are not always aware that they are putting themselves at risk, Romano said.

“I have a feeling that Prince’s circumstances are what we are seeing all the time,” he continued. “People are taking more of it than they should and they don’t realize it until it’s too late.”

But in Prince’s case, one would have to imagine that he or people close to him must have recognized there may have been a problem, given that he needed a lifesaving shot of the opiate blocker Narcan less than a week before his death. Romano said that people who are taking long-term opiate blockers “can get very sick” if they take opiates while the opiate blocker is in their system, but if Prince was only given Narcan on the day he fell unconscious while on his plane, Romano said there would not have been any potential for an unfavorable drug interaction days later.

At this point, there are far more questions than answers, but it seems at least possible that a doctor or pharmacist may come under investigation if Prince was prescribed enough pills to cause an overdose.