“They want America back and this is how they’ll do it.” 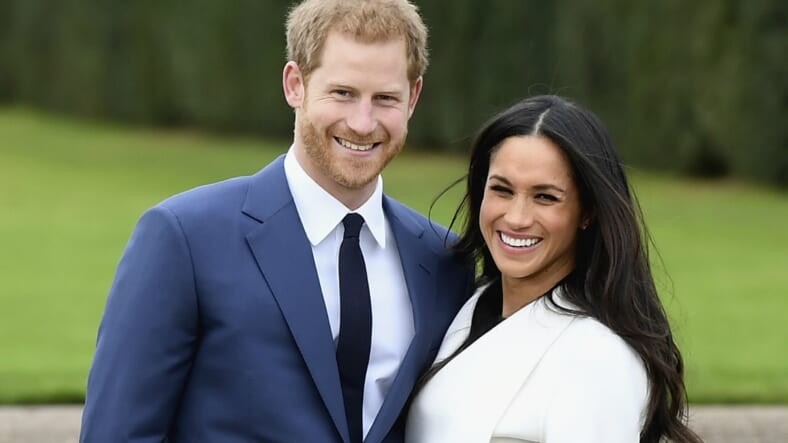 The seemingly most important news the world has been talking about this week is the official royal engagement of Prince Harry of Wales to Meghan Markle of Suits.

The Prince of Wales has announced the engagement of Prince Harry and Ms. Meghan Markle. pic.twitter.com/rtlAnFCWTf

— The Duke and Duchess of Cambridge (@KensingtonRoyal) November 27, 2017

It’s always a big deal when a royal gets engaged, but there just might be something a little extra interesting about this particular engagement, because Prince Harry, a member of the British royal family, is getting married to an American.

Knowing the history of British-American relations, this brute fact is like crack for conspiracy theorists, who have been having a field day on Twitter, suggesting that Meghan has given Prince Harry, and consequently the UK, a magical opportunity to take back control of the U.S.

Greg Pollowitz, an editor at Twitchy.com, first threw the idea out there with this tweet:

Prince Harry's kids will be Americans. What if one grows up to be president and is in line for the throne at the same time? Brits are playing long-ball here, but it's a smart move. They want America back and this is how they'll do it.

Woowwwww. Could it be true? Sneaky sneaky!

Others were quick to respond:

This is the most credible post-Brexit strategy for the UK that I've heard so far.

Sooo…the royal engagement could be one of two things: The happy couple is actually in love and there’s nothing fishy going on whatsoever, or it’s all an elaborate ruse to reclaim America or at least strengthen British-American relations, or something.

Since we can’t trust anything in the world, it totally might be the latter. Who knows?