Trip out on this mind-bending new study. 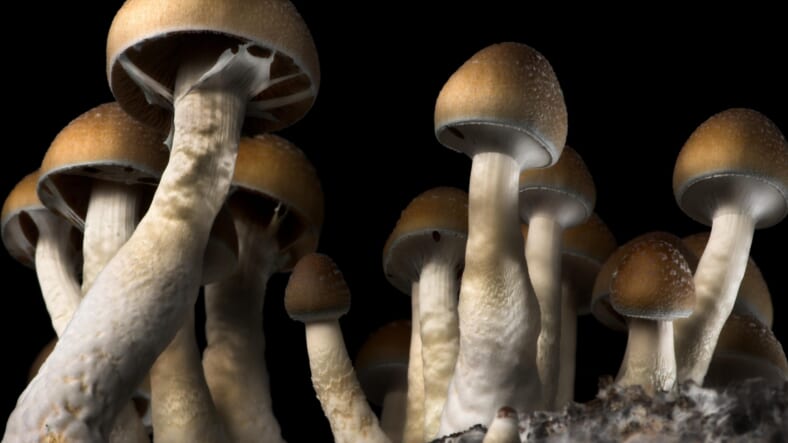 Move over, marijuana: It turns out magic mushrooms are the safest illegal drugs you can take.

The Guardian has further details:

Of the more than 12,000 people who reported taking psilocybin hallucinogenic mushrooms in 2016, just 0.2% of them said they needed emergency medical treatment – a rate at least five times lower than that for MDMA, LSD and cocaine.

The findings have led Adam Winstock, a consultant addiction psychiatrist and founder of the Global Drug Survey, to call them “one of the safest drugs in the world.”

“Death from toxicity is almost unheard of with poisoning with more dangerous fungi being a much greater risk in terms of serious harms,” Winstock told The Guardian.

Before you interpret this as encouragement to consume your weight in psilocybin, you should know that they’re not totally harmless.

“Combined use with alcohol and use within risky or unfamiliar settings increase the risks of harm most commonly accidental injury, panic and short-lived confusion, disorientation and fears of losing one’s mind.”

Frankly, anyone seeking a psychedelic experience should be mentally prepared for a certain amount of confusion, as that comes with the territory. And don’t tarnish a trip with booze—let the mushrooms work the magic all on their own.  Just putting it out there.

Not that we’re speaking from experience, because, you know, they’re illegal.