Here’s Why You Want To Hook Up With Your Coworkers

A new study reveals the scientific truth behind office flings. 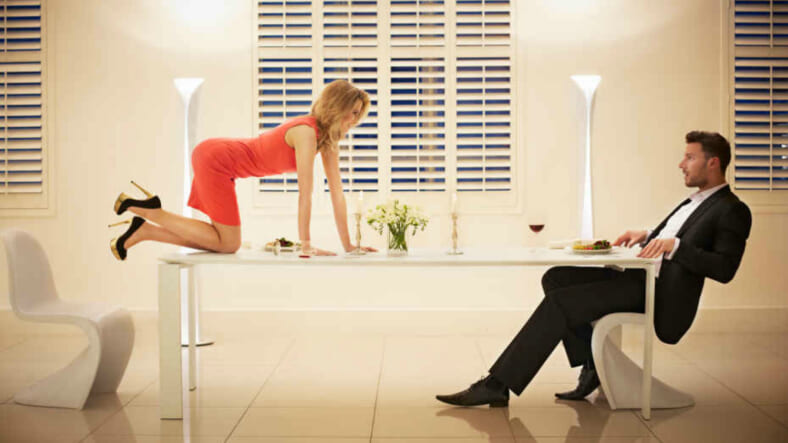 Sometimes, office flings are inevitable. You’re working late hours together, you have inside jokes, and finally you give in to the attraction and just bang it out. It happens.

And, according to a new study conducted by researchers at Hamilton College, the reason why you want to hook up with your colleagues is simply because you’re together all day, every day, meaning the idiom “familiarity breeds contempt” is false. Familiarity breeds sexy feelings.

For the study, researchers recruited 22 single people, and asked them to rate the hotness of 112 faces on a scale of one to nine. The faces were shown on a loop slideshow, and the more times a face was shown, the higher rating it received each time.

Faces that were shown at least four times received the highest ratings, and each time that face was shown thereafter, it received an even higher rating. So, the more you see someone, the more attractive you find them.

“Much to their surprise, people often find themselves drawn to individuals after multiple encounters, even when there was no initial attraction.” Psychologist Dr Ravi Thiruchselvam told the Daily Mail. “Cupid’s arrow is often slow to strike. An important part of the phenomenon may be attributable to the gradual change in attractiveness from repetition.”

Time for a quick lesson in psychology. This phenomenon is called the mere exposure effect, which is when you develop a preference for certain things just because you’re familiar with them.

In this case, it’s Amber from marketing, who seemingly gets hotter every time you walk by her desk. In reality, you’re just getting used to her. The human brain is an enigma, people.

So don’t be too shocked if you find yourself fantasizing about having sex with at least some of your coworkers…it’s bound to happen.