If You Love Eminem’s ‘Lose Yourself’ You Might Be A Psychopath, According to Science

He looks calm and ready to drop bombs… 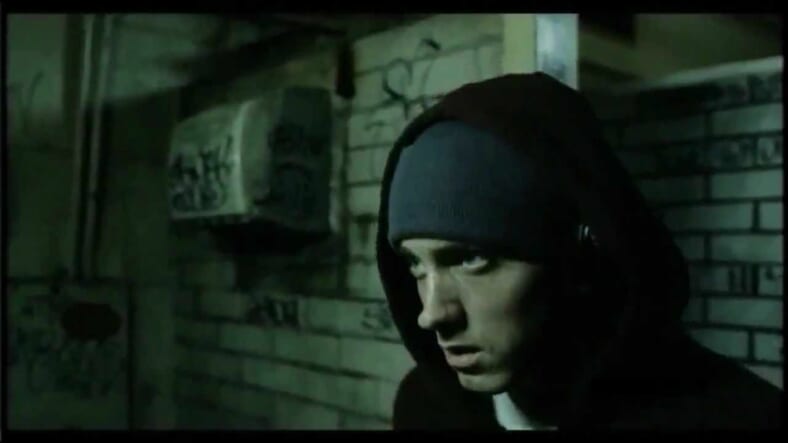 According to the most random study ever by researchers at New York University, people who like the songs “No Diggity” by Blackstreet, and Eminem’s “Lose Yourself” are total psychopaths.

Why? I’m not sure, and neither are the researchers.

In the study, researchers looked at the song preferences and personalities of 200 people. They found that those with the highest psychopathy scores were those who were big fans of “No Diggity” and “Lose Yourself,” and those who liked the songs “My Sharona” by The Knack, and “Titanium” by Sia were the least psychopathic.

“The media portrays psychopaths as axe murderers and serial killers, but the reality is they are not obvious; they are not like The Joker in Batman. They might be working right next to you, and they blend in. They are like psychological dark matter,” said lead researcher Pascal Wallisch.

“You don’t want to have these people in positions where they can cause a lot of harm. We need a tool to identify them without their cooperation or consent.”

For now, the scientists have absolutely no fucking clue why psychopaths like to bop to these songs, but they’re fascinated by the correlation, and will launch a major study on the topic and survey thousands of people in order to figure out if musical preference can actually predict potential psychopaths.

“This work is very preliminary. This is not the end of an investigation, it is the very beginning.”

Considering how much damage psychopaths can do once they’re in a position to do it, seems like they should get moving on this idea as soon as possible.

And maybe you should start casually asking about song preferences on your first date with a new person. For safety’s sake.