Members are “babies” and refer to Kelly as “Daddy.” 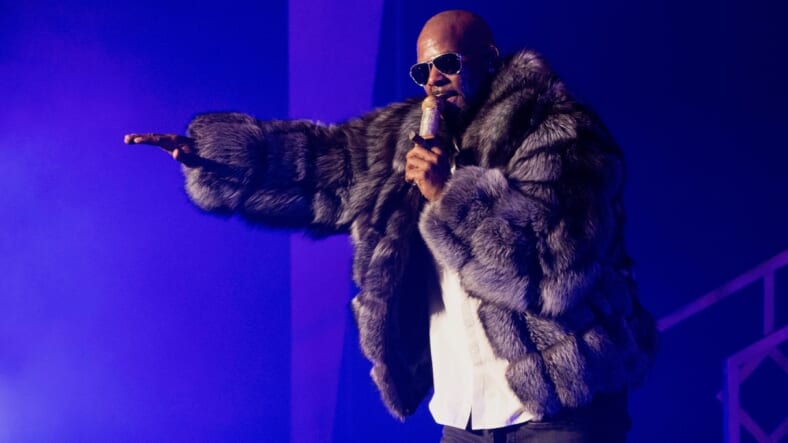 R. Kelly is famous for his songs “Ignition” and “Trapped in the Closet.” He’s infamous for allegedly making a sex tape with an underaged girl that included him urinating on her—one of Dave Chappelle’s most famous skits was based on that story.

Now he’s been accused of something even worse: ensnaring young women in an “abusive” and “controlling” cult.

“[She] looked like a prisoner — it was horrible,” one woman said of her aspiring musician daughter, who first met R. Kelly at 19 to discuss her music career.

“I hugged her and hugged her. But she just kept saying she’s in love and [Kelly] is the one who cares for her.”

The former members allege “six women live in properties rented by Kelly in Chicago and the Atlanta suburbs.” They say Kelly “controls every aspect of their lives: dictating what they eat, how they dress, when they bathe, when they sleep, and how they engage in sexual encounters that he records.”

All claim that Kelly demands the women, who he calls his “babies,” refer to him as “Daddy.” Creepier still, they are allegedly supposed to follow absurd rules including severing phone and social media communication from the outside world and wearing tracksuits in the presence of other men.

If any of Kelly’s “babies” break his code of conduct, he reportedly becomes physically and emotionally abusive. One former member claimed Kelly “held her against a tree and slapped her outside of a Subway sandwich shop in spring 2013 because she had been too friendly with the male cashier.”

Despite Kelly’s laundry list of past charges, concerned parents’ hands are tied as there is no hard evidence Kelly has broken any laws, no matter how toxic his “cult” may be.

“The law says that consenting adults may take part in any relationship they want, no matter how nontraditional,” explained Buzzfeed reporter Jim DeRogatis.

When police checked in on one current member, she told them that she was “fine and did not want to be bothered.”

What’s more, all of his “babies” are of legal age. The age of consent is 17 in Illinois and 16 in Georgia, and the youngest of the current known members is 18.

Buzzfeed reports the parents are at a loss as to how to save their daughters from Kelly’s supposed den of sexual and psychological manipulation.

“I don’t know what to do,” one mother told Buzzfeed. “I hope that if I get her back, I can get her treatment for victims of cults. They can reprogram her. But I wish I could have stopped it from happening.”