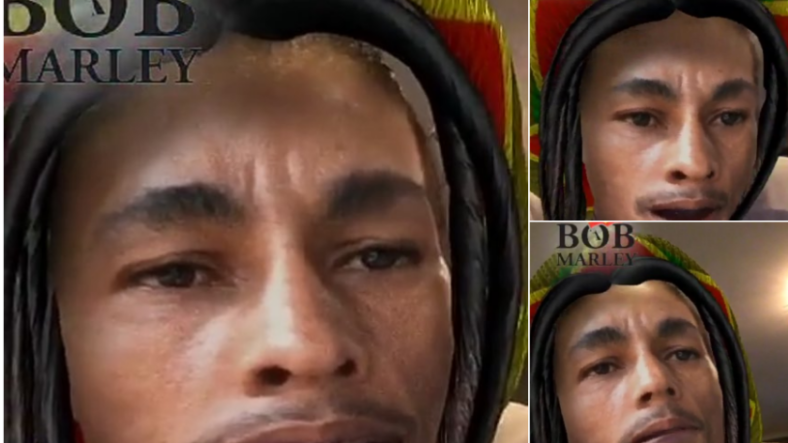 Painting your face and pretending to be black for “entertainment” is so racist the practice was largely abandoned in the U.S. by the 1940s — a time in which pervasive and overt racial discrimination still prevented African Americans from voting and getting decent jobs.

We tend to assume we live in a better time, but 75 years later the geniuses at Snapchat accidentally brought the practice back with a Bob Marley photo filter complete with Rastafarian dreadlocks. This moment of digitized black face — a completely misfired celebration of 4/20 — has caused the entire internet to respond with a collective “What the fuck?!”

Gizmodo obtained a statement regarding the filter from Snapchat, which said:

“The lens we launched today was created in partnership with the Bob Marley Estate, and gives people a new way to share their appreciation for Bob Marley and his music. Millions of Snapchatters have enjoyed Bob Marley’s music, and we respect his life and achievements.”

It appears as though they’re still working through the company’s first step in crisis management and have opted to take the ill-advised route of essentially saying they’ve done nothing wrong. We’ll see how long that lasts.