Turns out drinking, screaming and yoga totally do mix. 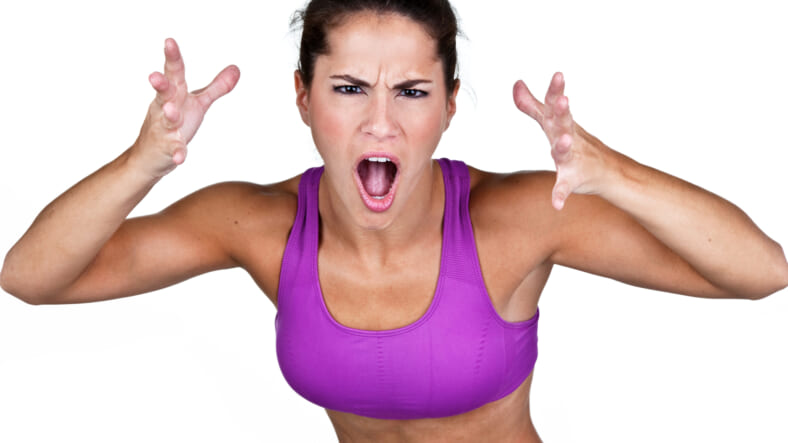 But here’s the thing: yoga can sometimes feel a little too…slow, for some people, and doesn’t always offer the immediate relief from pent up stress we’re looking for. You know, since it’s usually a quiet and zen affair, save for maybe the hum of a Tibetan Singing Bowl.

If you’re someone who doesn’t find their zen and peace from silently folding yourself into a pretzel, you’ll be pleased to hear that there’s something called Rage Yoga, which involves loud music, swearing, middle fingers, and lots of yelling. An instead of water, you get to drink beer.

Founded by Lindsay Istace, Rage Yoga is an “alternative yoga for the modern badass,” and has online courses as well as three physical locations in Calgary and Edmonton in Canada, and one at Brash Brewery in Houston, Texas.

Ashley Duzich, a Rage Yoga instructor in Houston, told CBS DFW that the practice “allows you to have a safe space to let go of your and frustration and rage in a healthy way” and proceed to “wash it all away with some ice cold beer.

“Some people need to release and let go. We are all angry about something and we all have been holding onto an ‘F’-bomb for a little bit too long.”

Screaming at your wife about how annoying she is isn’t very productive at all. But screaming about your wife on a yoga mat far away from her and then chugging some beer definitely is.

Just imagine this: You get into the Downward Dog position and feel the blood pooling in your head. You’re pissed that your wife hangs the toilet paper the wrong way. Your face feels hot and you let it all out — “It’s supposed to hang OVER, not UNDER!” FUCK!!!”

Cooling down with a refreshing sip of the IPA in front of you, you’ve never felt more zen in your life. You go home to your backwards-hanging toilet paper, but you are weightless; timeless. Namaste.

[reyj yoh-guh] noun: a practice involving stretching, positional exercises and bad humor,with the goal of attaining good health and to become zen as f*ck.More than just a practice, Rage Yoga is an attitude.

Interested? You can check out Rage Yoga right here.