It’s by far the most expensive piece of art ever. 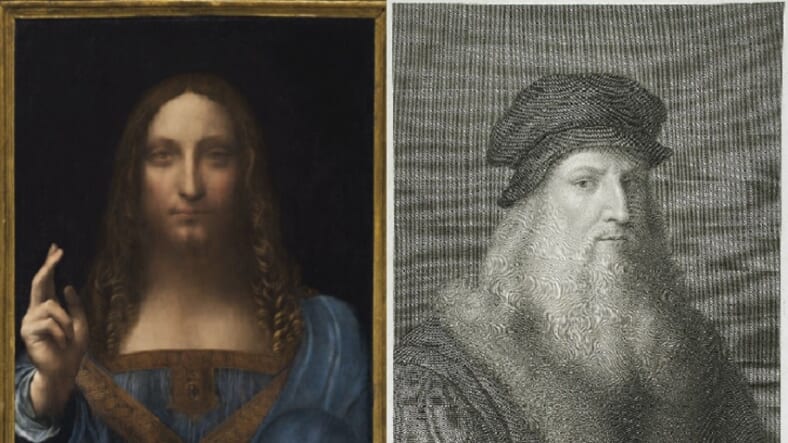 Many billionaires spend money on incredible cars, yachts, and homes. Of course, you need great art for those fine homes, right? One billionaire needed some and decided to just go for broke, purchasing a rare Leonardo da Vinci masterpiece for nearly a half-billion dollars.

That’s right, it went to an anonymous buyer for more than the cost of the most expensive home in the United States.

The painting, Da Vinci’s “Salvator Mundi” (Latin for “World Savior”), has a history straight out of an art heist flick. Painted in 1500, it was a lost masterpiece until 2005, when a dealer bought it for a measly $10,000, had it cleaned and renovated, then authenticated as the real deal.

After that the “Mundi” went through several hands and ended up in the possession of Russian oligarch Dmitry Rybolovlev, who bought it for just over $120 million.

There was plenty of drama during the auction of the painting at Christie’s, some of it captured in the video above. For 20 minutes, reps for potential buyers went back and forth, the price steadily rising until it reached the amazing top number and no one else would challenge it any more.

Auctioneer Jussi Pylkkänen described the sale as the “zenith” of his career.

The sad thing is this painting is likely to now go into highly secure storage—because come on, who wouldn’t want to protect something so valuable?

At best we can hope it provides a plot idea for George Clooney to star in an Ocean’s 15 or 25 or something one day, because this is likely the last we’ll see of the “Salvator Mundi” for a while.