This is pure madness. 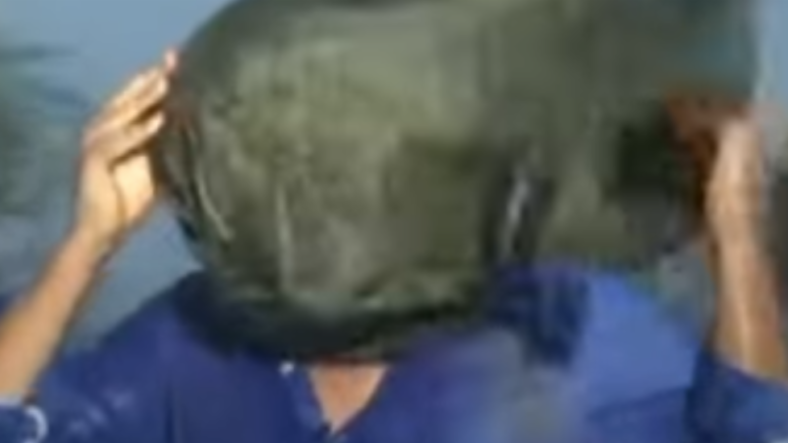 You’ve probably already heard that Hurricane Irma pummeled the entire western half of Florida over the weekend.

An estimated 6.3 million residents were ordered to evacuate prior to the monstrous storm’s arrival, but apparently, our nation’s news anchors didn’t get the memo.

Meteorologist Simon Brewer, of the Weather Channel’s Storm Riders, confidently stepped out of a car to face Irma’s blasts head on in Key West, Florida.

This time, the storm definitely rode him, as he quickly found himself crawling through a veritable river of water.

Rielle Creighton, a Miami-based reporter for CBS, did her best to weather the winds of a nasty squall for a full minute before finally announcing she and the cameraman needed to seek shelter. Good move, Rielle.

Irma greeted Patrick Oppmann, CNN’s Cuba-based correspondent, in Caibarién with torrential downpour and gusts of up to 130 mph, rendering it pretty much impossible to complete his segment.

Mike Seidel, another Weather Channel anchor, got the shit slapped out of him not once, but twice as he waded through the flooded streets of Miami during peak gusts.

.@weatherchannel's @mikeseidel had to grab a tree for support while reporting during #Irma in Miami pic.twitter.com/45E54WyXri

Getting slapped by one of the early squalls from #Irma tonight in the Brickell section of #Miami. @stevedresner captures behind the scenes pic.twitter.com/6uXw51mGmB

But the most brutal Irma-related smackdown wasn’t delivered via hurricane-strength winds.

When a Fox News reporter asked Miami Beach citizen about the “risk to his safety” posed by his decision not to evacuate, he suddenly pulled an Al Roker and explained in scientific detail why Irma’s full force wouldn’t reach the area in a must-watch clip that’s already gone viral.

Fox may have just interviewed the smartest man alive. pic.twitter.com/HerM2F1M9m

As clips of these incidents spread across social media, many are questioning whether it’s necessary for TV crews to put themselves in harm’s way to report on the scene of deadly storms. But so long as they keep making funny ass videos, we’ll keep watching them.