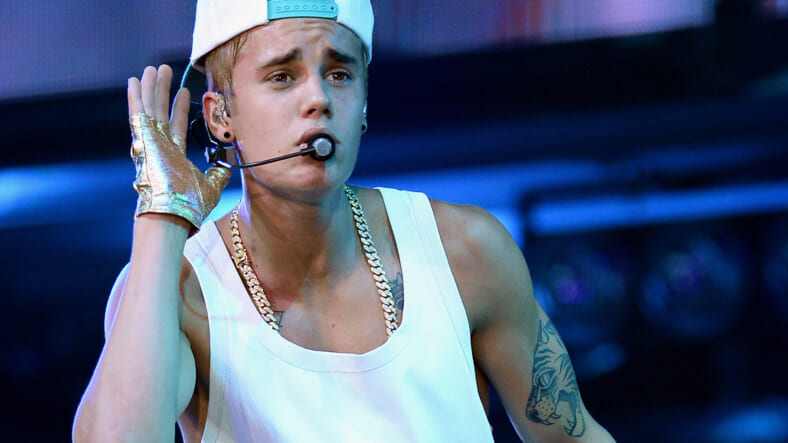 Music is a matter of subjective taste. We’re not saying there’s actually anything wrong with enjoying Justin Bieber‘s legendary body of work, but there is some science supporting the idea that if you do, you might also come up a little short in the conscience department.

“In the movies, if you want to establish in one shot that a monster has a human side,” said Pascal Wallisch, a psychology professor at New York University, filmmakers play a certain kind of music. There’s Beethoven in “A Clockwork Orange” or Mozart in “The Silence of the Lambs.” Wallisch and Nicole Leal, a recent graduate of NYU, wanted to find out if a preference for certain musical genres is correlated with psychopathy, a personality disorder characterized by manipulativeness and a lack of empathy.
The researchers gave a questionnaire to more than 190 NYU psychology students that rated their level of psychopathy. It includes questions such as, “For me what’s right is whatever I can get away with” and “Love is overrated.”

As Wallisch noted, this study simply makes a point researchers have been attempting to bring home for quite some time—that psychopaths aren’t all in prison. Some are never even arrested.

An entire book, Snakes In Suits, has been written to illustrate how psychopaths aren’t always murderers; they’re often just that major asshole you have to put up with at work. The climber who will step on and backstab anyone to get ahead.

So yeah, the image of uber movie psychopath Hannibal Lecter getting his Bach on mid murder spree isn’t really accurate. The study found that a true psychopath might be more likely to bob his or her head to Eminem, Blackstreet’s “No Diggity” (really?), and Bieber’s “What Do You Mean?”

The good news is those who had low scores—likely non-psychopaths—enjoyed Dire Straits’ “Money For Nothing” and “My Sharona” by The Knack.

The Dire Straits discovery is weird because “money for nothing and chicks for free” is definitely the kind of thing a psychopath might be into.

It seems like this research might best be used to find red flags in a date. Sure, if you’re chilling and your date puts on “My Sharona” it might be corny, but at least they aren’t as likely to end you as the hottie who wants to groove to Bieber’s “Baby.”

Just say “no diggity” to that.