Are you ready for some robo-lovin’? 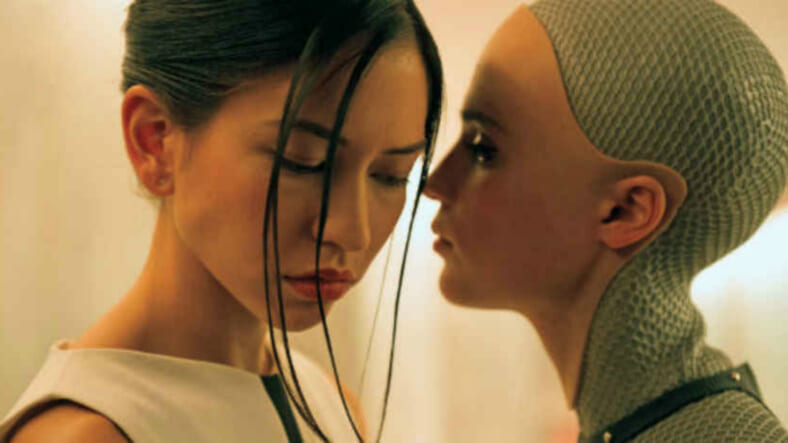 Artificial intelligence is already mildly terrifying. If you’ve seen robot movies like Ex Machina or I, Robot, you already know humans should never mess with cyborgs. Because they’re definitely going to kill us.

But what about sex robots? Surely they must be friendly, considering the fact they’re being created solely to pleasure us. Or will they lead to our demise…? Hmm.

The admittedly robo-sex obsessed Snell tells the Daily Star, “Sexbots would always be available and could never say no, so addictions would be easy to feed. People will rearrange their lives to accommodate their addictions.” And not only will robo-sex be addictive, it’ll also be better than normal sex, says Snell. Because the cold embrace of silicone naughty bits, and beady, lifeless eyes make for one hell of a lay.

“Because they would be programmable, sexbots would meet each individual user’s needs,” he said, suggesting sex robots can do anything you want them to, like yodeling while squatting on your junk, if that’s what you’re into.

In fact, futurologist Ian Pearson believes we’ll be in total robo-sex heaven by 2050, and as if that wasn’t enough, NUI Galway Law professor John Danaher is pretty certain that sexy cyborgs are going to replace humans in brothels within the next few years, and they might even be better than humans at forming emotional connections. Yeah, okay.

No matter how you feel about sex robots, it would appear as though our strange fascination with them is getting the best of us, and AI sex is going to take over our sex lives before we know it.

So enjoy normal sex while you can, because it doesn’t look like it’s going to be around much longer.