Who wants to get beamed up? 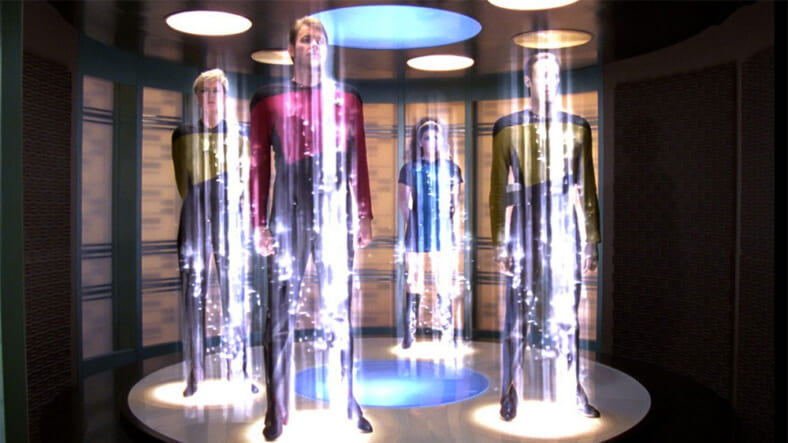 One of the most improbable parts of the Star Trek universe was always the transporter, that miraculous device that essentially seemed to fax Enterprise crew from their starships to the surfaces of alien planets.

Science fiction fans might look at old school Trek communicators and envision what eventually became a beloved cell phone design, but “beaming” from one point to another? Impossible. That is, unless you’re a research program with Kremlin-backed rubles to spare.

A report in the Telegraph indicates that Vladimir Putin’s government is putting together a “multi-trillion pound strategic development program” aimed at creating a real teleportation device. If all goes well, the Russians expect it to be in operation by 2035:

“It sounds fantastical today, but there have been successful experiments at Stanford at the molecular level,” Alexander Galitsky, a prominent investor in the country’s technology sector, told Russia’s Kommersant daily on Wednesday. “Much of the tech we have today was drawn from science fiction films 20 years ago.”The Star-Trek style target is listed in the National Technological Initiative, a state-sponsored strategic development plan designed pour investment into research and development sector in a number of key sectors.

The Telegraph goes on to note that this more than $2 trillion dollar (USD) project isn’t as crazy as it sounds, citing experiments at a university in the Netherlands that managed to reliably teleport information a distance of roughly 9 feet at the sub-atomic level.

Chances are if the Russians can see a way to a future of essentially faxing actual matter—maybe even insanely brave human volunteers—across time and space, other advanced nations may investigate the possibility as well. We’re looking at you, DARPA.