Russian Hackers Are Using Britney Spears’ Instagram to Send Secret Messages, Because Nothing is Sacred

This is just nuts. 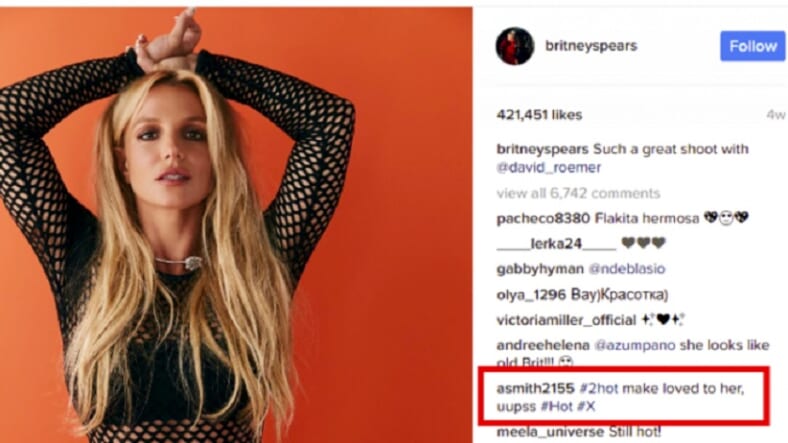 We’re big fans of Britney Spears‘s Instagram feed and it turns out we’re not alone—Russian hackers, who are in the news every day now, love Brit’s pics and videos, too. So much that they’ve been hanging out and sending command and control messages for each other via comments on the pop star’s mega-popular posts.

The Turla Hackers—a.k.a espionage goup, which sounds cooler—have caused serious problems for military installations and even governments around the world.

They’ve set up Trojan-style intrusions into supposedly secure systems then downloaded critical info, and their use of fake Instagram accounts apparently leaving the usual loving comments for the singer plus some nonsense characters allowed them to evade detection.

High-level defenses against hackers allow for shutting down the servers the Turla Group uses to stage operations. A cyber-security outfit discovered that hackers were using comments like “#2hot make loved to her, uupss #Hot #X” to hide in plain sight, throwing off attempts to track them while signaling different server names to each other in plain text.

Spears’s posts receive thousands of comments, and many don’t make any more sense than the ones left by the hackers.

To be clear, just checking out one of the “Toxic” singer’s posts will not cause problems for your computer—average internet users aren’t the targets of a group like Turla.

Britney’s not in any danger here, either. For all we know, most music superstars will one day be innocent pawns in a global cyber-war.