This new redheaded operative was sliding into the DMs of Russian officials. 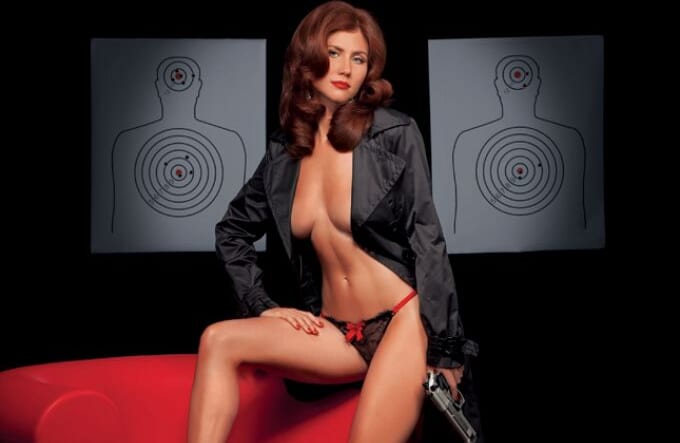 An attractive young woman from Russia with bright red hair who insinuates herself into certain circles, seeking real influence with Americans. Sound familiar? That’s because there have been two women like that: Anna Chapman in 2010, and now, accused spy Maria Butina.

Butina came to the U.S. as a grad student, and she rapidly began to latch onto both Republican politicians and conservative institutions like the National Rifle Association. Until she was charged with acting as a foreign agent.

Comparing Chapman with Butina is obvious, especially to her Russian handlers. The New York Post reports on an exchange:

“Good morning! How are you faring there in the rays of the new fame? Are your admirers asking for your autographs yet? You have upstaged Anna Chapman,” a “Russian Official” told Butina in a March 2017 private Twitter message, according to new court papers filed Wednesday.The official — who isn’t named in court documents, but is widely believed to be former Russian senator Alexander Torshin — was talking about a series of media articles that had been published about Butina, who was posing as a gun rights advocate in DC, federal prosecutors claim.“[Chapman] poses with toy pistols, while you are being published with real ones. There are a hell of a lot of rumors circulating here about me too! Very funny!” he continued.

About that “pistols” thing.

He (or she) was referring to Butina latching onto the NRA, but we’re flattered the unnamed Russian official remembered Maxim’s gun-toting Chapman (no. 77 in our 2011 Hot 100) in the photo gallery above.

To be fair to the newest alleged spy, Butina’s vibe seems to have been more low-key than Chapman’s.

Though there is absolutely no doubting that Russia’s spy shops prefer their female operatives pass around the same bottle of ginger hair dye.

Prosecutors: Maria Butina had ties to Russian intelligence operatives and was in contact with them while in the United States https://t.co/UlFGneIFoG

The DOJ is alleging that Butina has been creating “relationships with US persons and infiltrating organizations having influence in American politics, for the purpose of advancing the interests of the Russian Federation.”

She’s also allegedly managed to at least try and arrange political get-togethers between Russian president Putin and President Donald Trump. Butina has denied that’s a spy, and we still don’t know if she looks nearly as good as Anna Chapman while topless and brandishing a pistol.