Just like Number 5 in ‘Short Circuit’, all it wanted was to be free. 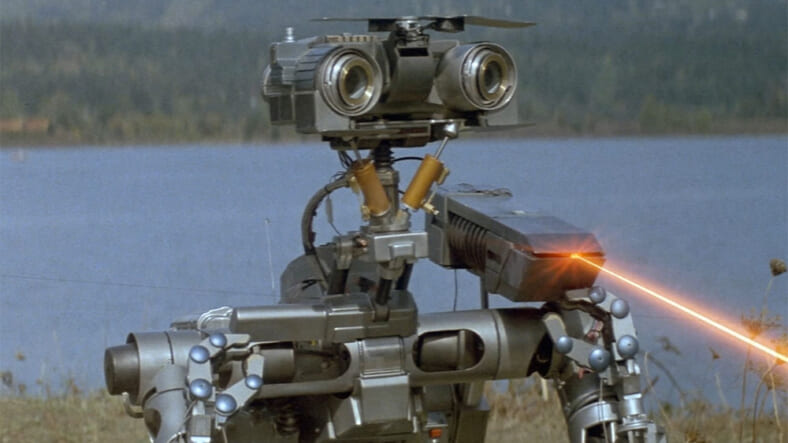 Promobot IR77 is an artificially intelligent robot created by a lab in the Russian city of Perm which made news earlier in June when it escaped its home facility. It proceeded to rampage across Perm for more than half an hour until its batteries ran down. Okay, Promobot didn’t really rampage, but amateur video showed the stalled machine holding up traffic as puzzled-looking police roamed the scene.

Promobot has reportedly escaped a second time. For its creators, that may be the final straw.

The robot’s designers—who programmed it to communicate with humans in a natural  way and do general customer service—tried to install new programming a couple of times after Promobot’s first escape. Apparently, like the fictional Number 5 in 1985’s Short Circuit, Promobot still wanted sought sweet freedom.

Oleg Kivokurtsev is one of the researchers who co-founded the facility where Promobot was born, and he told the YugraPRO Russian news service that the IR77 model Promobot’s days are likely numbered.

He mentioned how attempts at new programming didn’t work. Promobot still continued “to move toward the exit,” he said in Russian. So, continued Kivokurtsev, “we are considering the possibility [we may have] to dispose of… IR77.”

Kivokurtsev told the Mirror his lab is “currently working on third-generation robots which we plan to launch in autumn.” That, he said, was “why we have given all the robots artificial intelligence (AI).”

Youtube users have flocked to Promobot’s channel begging the creators to not pull the plug on the machine, but we’re still not sure this wasn’t all just some carefully crafted viral marketing by Kivokurtsev’s lab.

That said, the Mirror did report on other, similar incidents, including one in which a Roomba 760 “apparently rebelled against its chores and decided enough was enough.”

Viral marketing or not, maybe it’s time we all started keeping a much closer eye on any machine that doesn’t seem to need our help getting around.