A Special Forces Sniper Just Killed an ISIS Thug From 1.5 Miles Away Using the World’s Most Powerful Rifle

He deserves a medal for all-around badassery. 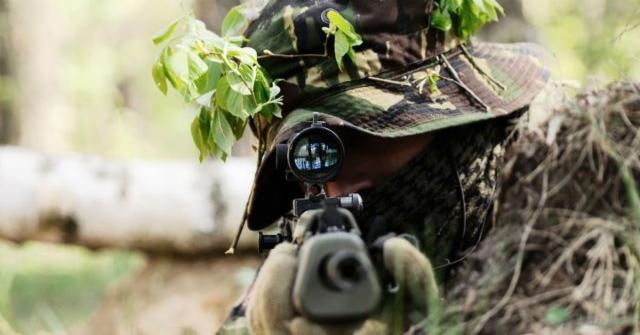 A British special forces sniper reportedly shot an ISIS fighter from 1.5 miles away during a pitched battle for the Iraqi city of Mosul.

The sniper, a sergeant in the U.K.’s elite Special Air Service (SAS), landed the astounding kill shot during a four-hour standoff with another enemy sniper.

A source told the Daily Star exactly what happened before the marksman took his fateful shot.

“It was like a game of cat-and-mouse and at one point the SAS almost gave up, believing that the terrorist had gone to ground. “Just as the light was beginning to fade, the [ISIS] gunman moved into what he thought was a safe location and lifted his rifle up into his shoulder before the SAS shot him dead.”

The CheyTac Intervention is an American bolt-action sniper rifle manufactured by CheyTac LLC, which can also be classified as an Anti-materiel rifle. It is fed by a 7-round detachable single-stack magazine (a 5-round magazine is also available). It's specifically chambered for .408 Chey Tac or .375 Chey Tac ammunition. CheyTac LLC states that the system is capable of delivering sub-MOA accuracy at ranges of up to 2,500 yards (2,300 m), one of the longest ranges of all modern-day sniper rifles. It is based on the EDM Arms Windrunner. #guns #gunsdaily #allofguns #homedefense #pistol #military #army #gunporn #gunsphotography #gunsinformation #GunsOfInstagram #firearms #weapon #sniper #cheytac

The British sniper with the CheyTac M200 Intervention, the same South Carolina-made rifle that holds the world record for the longest shot. It’s chambered for the specialized .408 Cheyenne Tactical round, and has a range of up to 10,000 feet.

The ISIS fighter who was snuffed out by the gun was equipped with a Russian-made Dragunov rifle, and had killed and wounded several of the Brit’s comrades.

The source said, “It was a classic counter-sniper operation. The ISIS gunman was moving all the time to get into the best position to get a kill. The distance was so far, that it took almost three seconds for the bullet to hit the target.”

One thing’s for sure: this guy deserves a medal for all-around badassery.