Watch the viral video that got her busted. 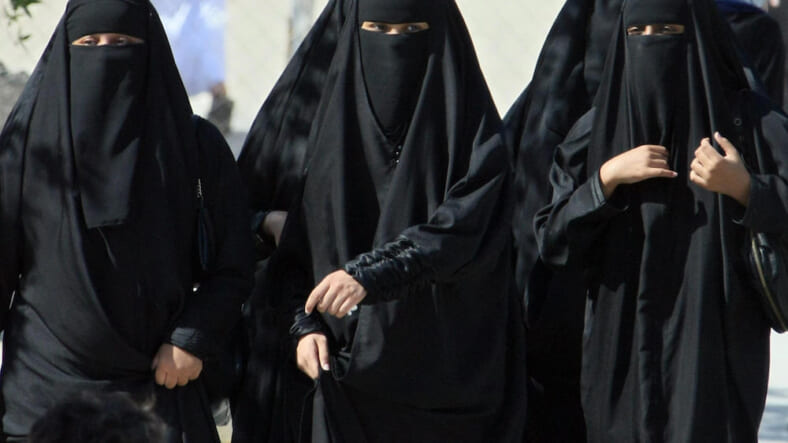 Saudi Arabia has one of the most rigid dress codes this side of ISIS: women are obliged to wear full-length abayas to veil their hair and faces save for their eyes (apparently Saudi rulers believe even second-class citizens need to see).

So when a Saudi model named “Khulood” posted video of her touring a historical site in a miniskirt and crop top, she quickly went viral in the Kingdom. Some hailed her as a feminist hero. Hardliners—probably inevitably—called for her arrest.

Sadly, the latter got their way. Saudi Arabian TV announced the woman in the video was arrested in the capital Riyadh by religious police.

Her sentencing might have been severe, had the authorities decided to really drop the hammer. After all, Khulood previously released video of herself protesting Saudi Arabia’s ban on women driving by—of course—driving around without her abaya.

Also, the ancient fort Khulood visited in her miniskirt is in the rural region Najd, one of the most conservative parts of the country. This is where Wahhabism—a draconian Islamic doctrine practiced by the Saudi Royal Family and Sunni fundamentalists—first emerged.

Fortunately for her, Khulood received some rare easy treatment. After her arrest the public prosecutor ultimately chose to drop her case, even though she admitted what she’d done under questioning. She was released without charge.

First Lady Melania Trump recently visited Saudi Arabia without veiling their hair, but the same dress code is not obligatory for international visitors.