Scientists Say They May Have Proof There Are Parallel Universes, So Best Start Packing

Do we need a passport? 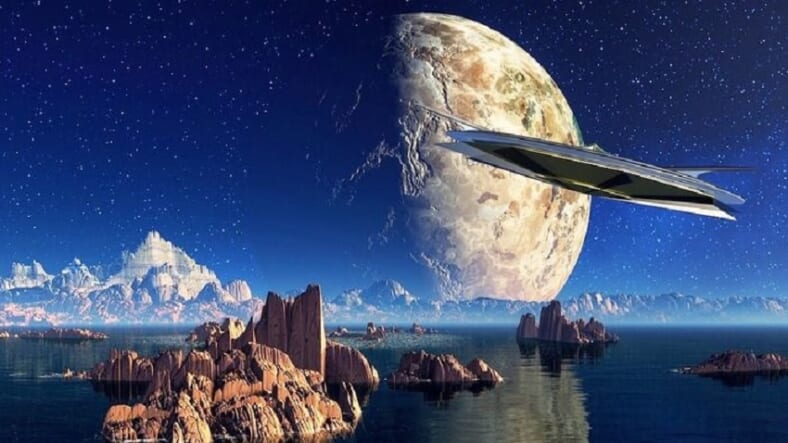 Space is mostly vast stretches of cold and dark, but discovering an even colder spot out there has led some scientists to conclude something startling: parallel universes do exist.

The science is simpler than you’d think. The Big Bang evidently left behind a huge cloud of microwave radiation visible to various radar and it covers the sky. Within that cloud there is strange void. In fact, as reported in The Independent, it’s even been called the supervoid, in addition to the less fun name, “Cold Spot.”

Researchers have been trying on various explanations for this region, and the trippiest one is that it was caused by a collision between this universe and another one.

The Independent quoted Durham University (U.K.) researcher Ruari Mackenzie regarding the theory. Mackenzie said these “cold spots” can’t be explained by standard models for how the Universe is known to behave, so scientists have had to go with a “non-standard model.”

Scientist Tom Shanks told the paper that of the “exotic explanations” they’ve landed on, “the most exciting of these is that the Cold Spot was caused by a collision between our universe and another bubble universe.”

The researchers will need to keep analyzing the data related to the “Cold Spot” but if their theory bears out, it will “be taken as the first evidence for the multiverse,” according to Shanks. Even more mind-blowing, it would also be evidence that “billions of other universes may exist like our own,” he said.

One of the many reasons these theories are so mind-blowing is because they suggest that if the word “parallel” is taken literally, it could mean there are infinite earths and therefore infinite variations of you and everyone you know.

As for packing up and jetting off to find one of those other Earths because you’re sick of this one, don’t pull your suitcases out of storage—at least not until humanity learns how to manipulate wormholes to travel unimaginable distances, Star Trek-style.