It’s more than 50 million light years away, but “Lord of the Rings” fans are seeing something strikingly familiar… 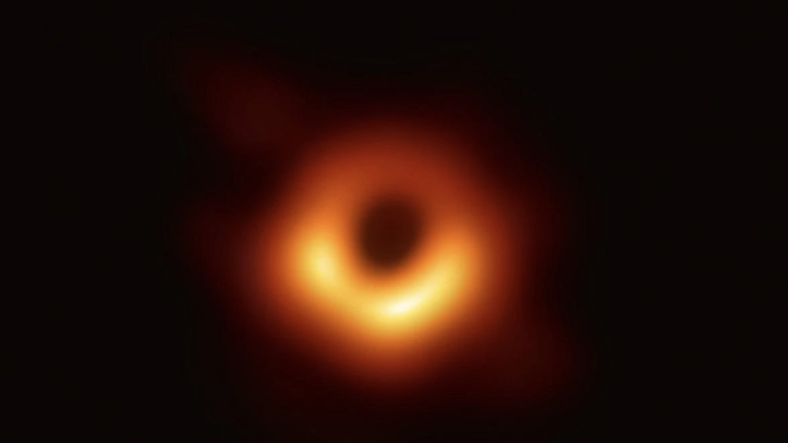 We now know what a black hole looks like and it looks kind of blurry. Very cool, but blurry. And according to a lot of people on social media, it also looks like a lot like Sauron, the villain in Lord of the Rings.

Astronomers with the Event Horizon Telescope (EHT) today released a photo of the supermassive black hole, which is located about 50 million light-years away.

The pic was stitched together through readings from eight radio telescopes positioned around the world and it marks the first time humanity has ever managed to get visual proof that the one of the most mysterious celestial objects of all is real.

It’s in Galaxy Messier 87 (M87) and CNN reports that it “has a mass that is 6.5 billion times that of our sun. For reference, that’s larger than the orbit of Neptune, which takes 200 years to make one orbit around the sun.”

And as LOTR fans on Twitter immediately pointed out, it kind of looks like the Eye of Sauron.

And we agree….it certainly resembles the eye of Sauron. pic.twitter.com/Bp0avaLevT

« For nothing is evil in the beginning. Even Sauron was not so. » pic.twitter.com/dVCHSNLi5U

NASA thinks it’s slick. I know a MF’n Eye of Sauron when I see one. pic.twitter.com/jD6xAdqj47

The eight telescopes in the EHT are located in Hawaii, Arizona, Spain, Mexico, Chile and the South Pole.

As a unit they form one massive, Earth-spanning radio telescope. The image released today was made by data collected in April 2017 and crunched by supercomputers located at MIT and in Germany.

As a refresher, here’s the NASA description of black holes:

Don’t let the name fool you: a black hole is anything but empty space. Rather, it is a great amount of matter packed into a very small area – think of a star ten times more massive than the Sun squeezed into a sphere approximately the diameter of New York City. The result is a gravitational field so strong that nothing, not even light, can escape.

Naturally, it was Einstein’s theory of general relativity that predicted their existence. So Einstein is right again.

Maybe Lord of the Rings director Peter Jackson was, too. We’ll let the Hobbits figure that one out.