Watch a Woman Epically Destroy $200,000 Worth of Art While Trying to Take a Selfie 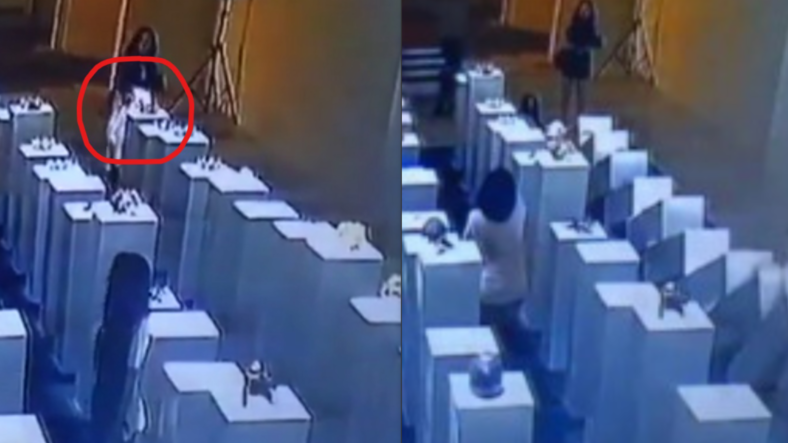 A closed-circuit camera caught footage of the moment a patron visiting L.A.’s 14th Factory museum inadvertently ransacked an exhibit while trying to take a selfie.

The video above shows the woman crouching down with her back to one of the pieces before she loses her balance and topples over an an entire row of displays.

$200,000 worth of damage was reportedly caused to Hong Kong-based artist Simon Birch’s work, with three sculptures being “permanently damaged.”

As DIGG notes, the accident is made even more hilarious by the fact that the Los Angeles Times promoted the exhibit in an article actually titled, “Oh, the selfies you’ll make at L.A.’s 14th Factory, where the art is so social.”

Remind you of anything?