Guns and explosives can only be mixed a certain way. 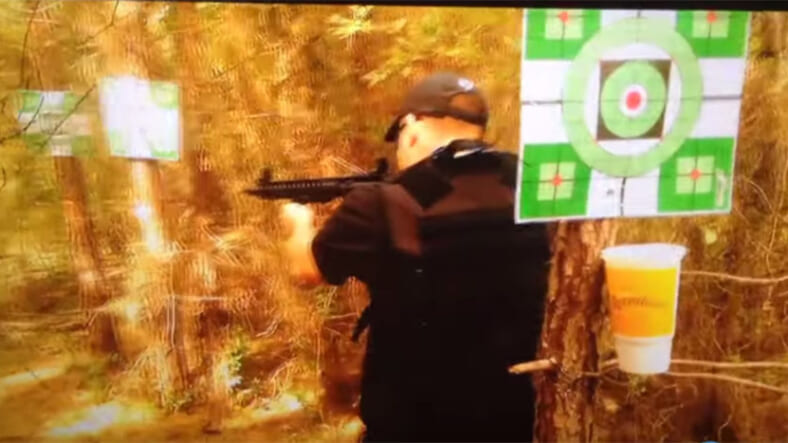 David Pressley, a 32-year-old Georgia man, was simply participating in a growing video trend and getting in some target practice when the worst happened. He fired at a friend’s broken down old lawn mower laden with explosive Tannerite, and the ensuing explosion took his leg.

The video of the incident, included as part of a news report below, isn’t particularly visually graphic but it’s still tough to watch.

USA Today reported that as soon as they realized what happened, Pressley’s friends “fashioned a tourniquet around his leg, helped him into the front seat of a vehicle and drove him to a nearby road.” That’s where they met up with the emergency services vehicle that carried the wounded man to Grady Memorial Hospital in Atlanta.

Tannerite is an explosive manufactured with ammonium nitrate and aluminum powder. Its ability to create visually spectacular explosions has led to numerous Youtube videos of blasts that apparently injured no one. Like this older video of a barn demolition (at about 2:25 in):

David Pressley is recovering as best as he can from his wounds, but it sounds like authorities in rural Walton County, GA—where the incident occurred—are growing warier by the day of new Tannerite incidents. Atlanta’s 11Alive reported that the county sheriff said his department receives “a lot of calls about Tannerite,” which — obviously — “can be extremely dangerous if it is not used correctly.”