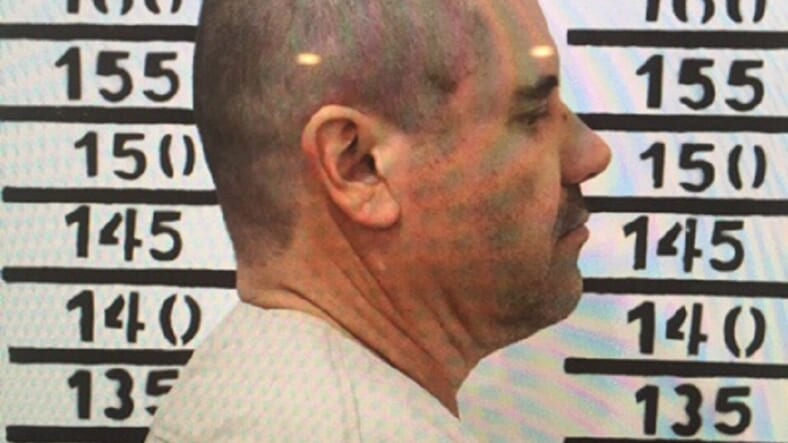 Joaquin “El Chapo” Guzman is still cooling his heels and being intimidated by dogs in Mexico’s Altiplano Federal Prison, no matter how many hoax news stories you’ve read claiming otherwise. After a major bust at the Mexico-Arizona border, it looks like a number of his operatives in the Sinaloa Cartel have met a similar fate.

Via the Daily News, the Associated Press reported the sting dubbed “Operation Diablo Express” was a joint effort between U.S. and Mexican authorities and it took 24 high-level Sinaloa traffickers off the street:

Homeland Security Investigations, a unit of the U.S. Immigration and Customs Enforcement agency, helped Mexican authorities nab 24 alleged members of the Sinaloa Cartel, one of Mexico’s biggest drug-trafficking organizations, who were operating around Sonoyta, Mexico, and the U.S. border, spokeswoman Gillian M. Christensen said. The DEA, FBI, Customs and Border Protection and Arizona state and local agencies were on hand to assist.

Spokeswoman Christensen’s statement indicated the drug trafficking cell in the Operation Diablo Express bulls-eye was also “responsible for the importation of millions of pounds of illegal drugs, including marijuana, heroin, cocaine and methamphetamine” between the U.S. and Mexico. Drugs weren’t the only issue, either—millions of American dollars and firearms were in the mix as well.

This appeared to be a big step toward what looks like a mutual Mexican and American effort to kneecap El Chapo’s vast Sinaloa Cartel. The AP reported that the 24 unnamed suspects are now awaiting extradition into the United States—just like their dog-fearing boss.